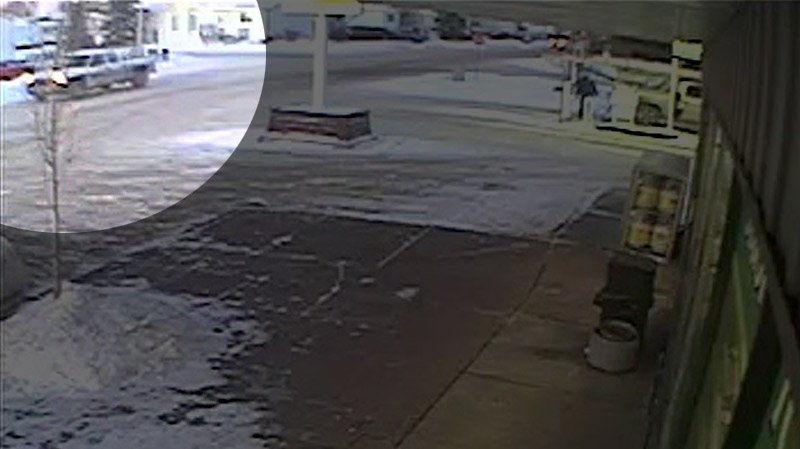 RCMP distributed this photo still, taken from a convenience store located close to where a 9-year-old boy reported being followed and photographed by two males, shows a light coloured truck believed to have been involved. Supplied.

Police are investigating after a young boy reported being followed, and possibly photographed, as he walked to school earlier this week.

Just before 8:30 a.m. two males in a white or light-coloured pickup truck drove slowly past him, and stopped several times, apparently waiting for him to catch up.

The driver of the truck reportedly took a photo of the boy, gave him a look that was described as ‘creepy' – then drove away.

Neither of the males attempted to talk with the boy or get out of the truck.

RCMP did not have a description of the two males available.

Police distributed a still taken from surveillance video from a convenience store nearby – showing a light coloured GMC or Chevrolet super-cab long box truck, it's believed the vehicle is between 1999 and 2006 model years.

Anyone with information on this incident is asked to call Spruce Grove and Stony Plain RCMP or Crime Stoppers at 1-800-222-TIPS (8477).