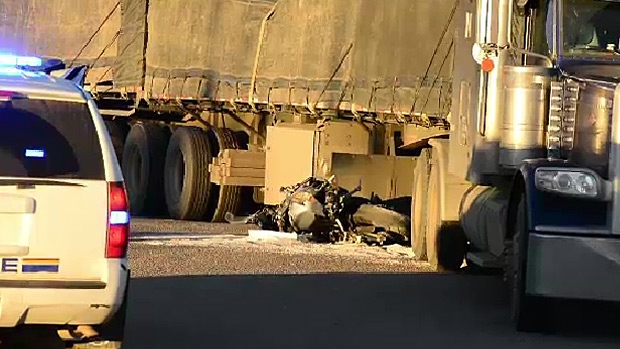 Police were called out to a northside gas station after a fatal collision in Grande Prairie Friday night.

Police in Grande Prairie have been investigating after a fatal collision in that city.

RCMP said they responded to the collision near 99 Street and 137 Avenue around 9:20 p.m. Friday.

A 20-year-old motorcycle driver was killed after the bike collided with a semi-truck near a gas station.

The 21-year-old passenger on the motorcycle was taken to hospital with non-life threatening injuries.

Police will not be releasing the name of the deceased.

Investigators said they do not believe drugs or alcohol were factors.