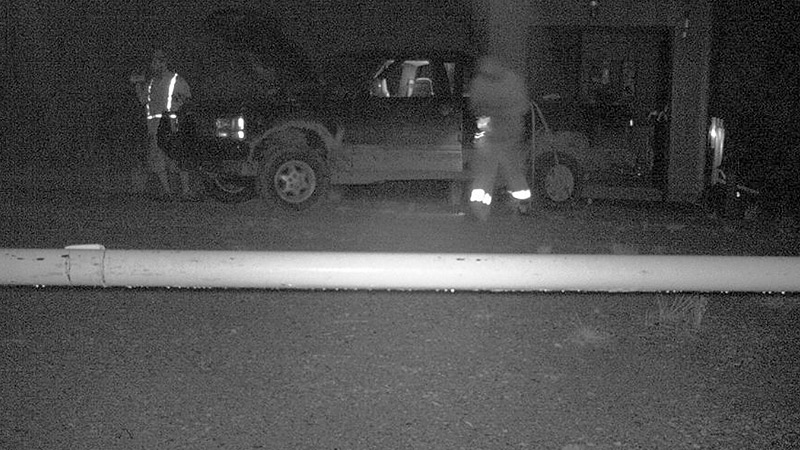 RCMP released a still from a surveillance camera, showing two suspects and the truck they drove on the Obsidian Energy lease site northeast of Cynthia, Alta. on July 17, 2017. Supplied.

Drayton Valley RCMP are investigating after suspects were recorded on surveillance cameras breaking into an oilfield site near Cynthia, Alberta.

RCMP said at about 3:30 a.m. on July 17, 2017, two suspects were seen breaking into the Obsidian Energy site northeast of Cynthia, located in Brazeau County.

Once inside, the suspects broke into several buildings, and stole about $200,000 worth of copper wire, and causing damage pegged at about $1 million.

The theft and damage resulted in the site being closed, which has impacted the people who worked there.

Anyone with details that can help police in their investigation is asked to call Drayton Valley RCMP at 780-542-4457. Anonymous tips can be submitted to Crime Stoppers by calling 1-800-222-TIPS (8477).