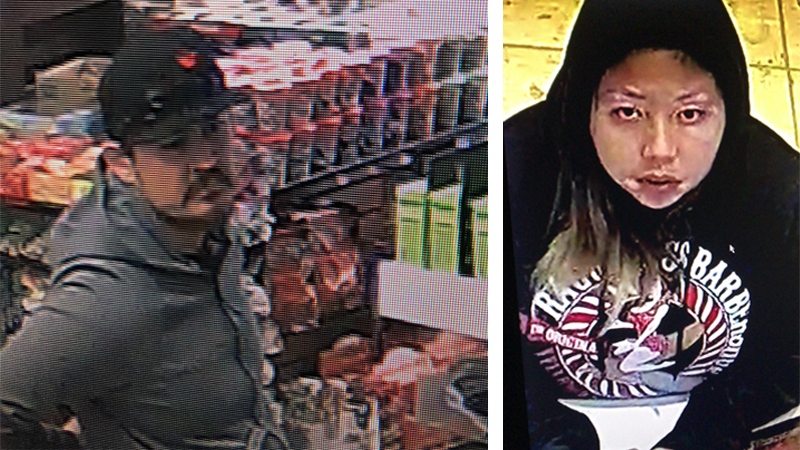 RCMP have released surveillance photos taken from a gas station in High Level on Dec. 1 of a man and woman and are seeking the public’s help in identifying them. (Supplied)

EDMONTON -- Homicide police in northern Alberta are investigating after a man was found dead earlier this week.

At approximately 4 p.m. on Dec. 4 High Prairie RCMP responded to call from a person who found a deceased man off Highway 88 near Red Earth Creek.

The Major Crimes Unit was deployed, and an autopsy done in Edmonton on Dec. 6 determined the man’s death to be a homicide.

RCMP also released surveillance photos taken from a gas station in High Level on Dec. 1 of a man and woman, looking for public’s help in identifying them.

Police later said the two are persons of interest were identified.

Anyone with information on the two people or who have information related to this incident are asked to contact Red Earth Creek RCMP Detachment at 780-649-3990.