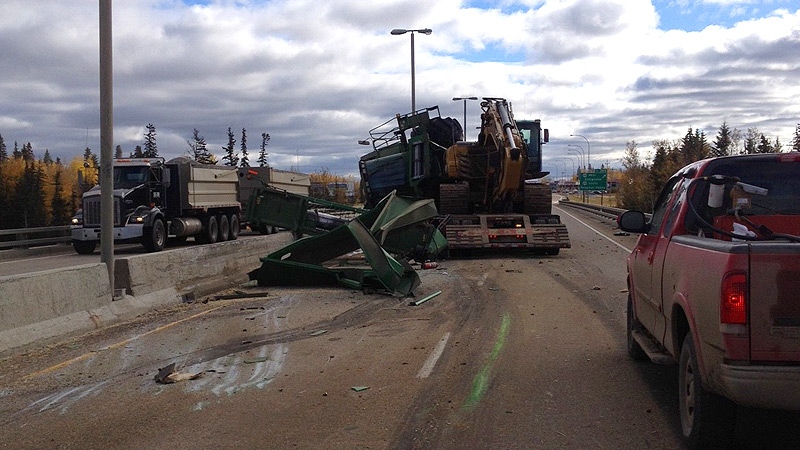 RCMP released photos of a crash on Hwy 16 at the Pembina Bridge, that left two people injured and blocked eastbound traffic for several hours Tuesday, October 8, 2013.

RCMP west of Edmonton are investigating, after a two vehicle collision left the eastbound lanes of the highway closed for several hours.

Evansburg RCMP said officers were called to the area of Highway 16 at the Pembina Bridge just before noon Tuesday.

Police said it’s believed a farming combine was hit by a semi-truck, that was pulling an excavator – and the wreck of the crash left the eastbound lanes of the highway blocked.

Police said both drivers suffered non-life-threatening injuries, and were taken to hospital.

In the wake of the crash, officials said some diesel fuel from the semi had leaked – but it had been contained and cleaned up.

RCMP are investigating the crash.