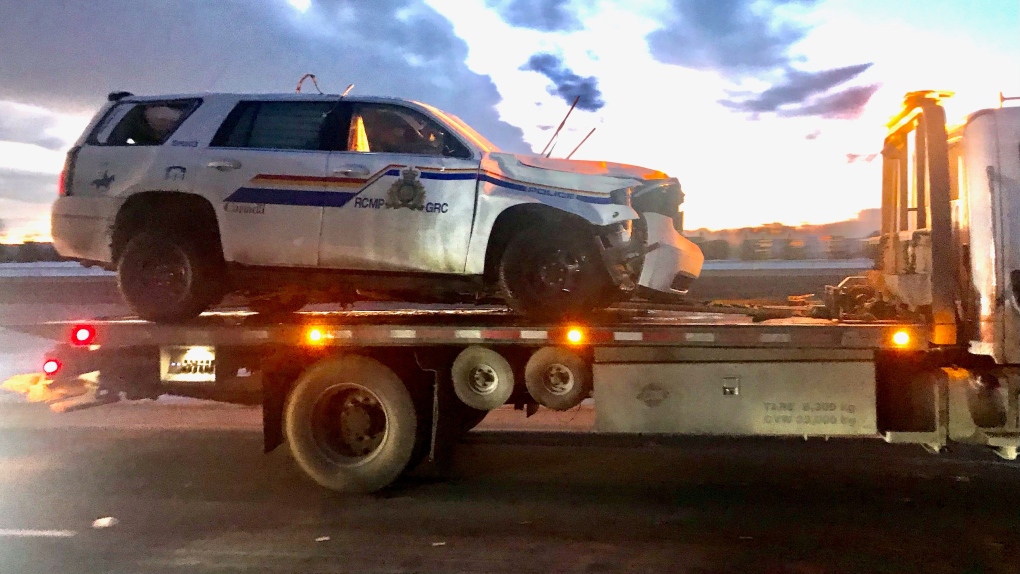 EDMONTON -- An RCMP officer was taken to hospital Tuesday afternoon after they were injured in a rollover during a highway chase.

It started around 2 p.m. near Vermilion, Alta., when police say two people were spotted pointing a firearm out of a black SUV.

RCMP pursued the vehicle and found it around 3:30 p.m. on Highway 21 near Fort Saskatchewan.

An RCMP officer in a cruiser collided with the suspect vehicle, causing the cruiser to roll near Township Road 534, Cpl. Baker told CTV News Edmonton.

Another officer made contact with the suspect vehicle near Township Road 540, driving both vehicles into the ditch.

Two suspects were arrested at that time, both were wanted on outstanding warrants.

RCMP said the officer had minor injuries but was taken to hospital by ground ambulance. No one else was hurt.

Highway 21 was closed for about two hours, but reopened to all traffic around 5:30 p.m.

RCMP are still investigating and charges are pending against the two people arrested.