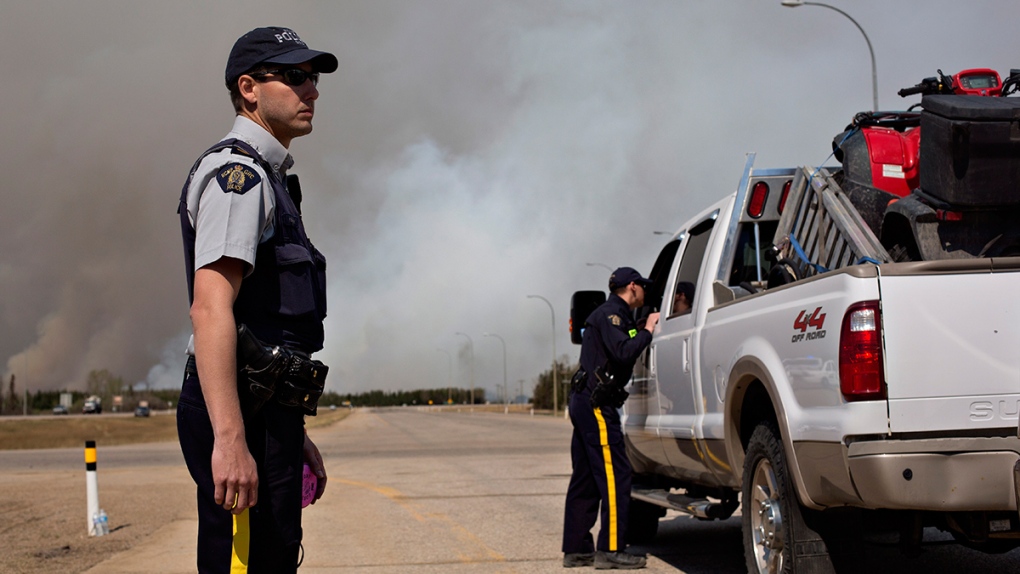 Police stop traffic at a road block near a wildfire in Fort McMurray, Alta., on Friday, May 6, 2016. (Jason Franson / THE CANADIAN PRESS)

RCMP in northern Alberta said officers have been working on ensuring all residents under a mandatory evacuation order are no longer in the danger zone.

Police said officers are performing patrols of Fort McMurray in an effort to track down individuals and help them leave, in addition to going to areas frequented by the homeless to help them evacuate.

On Thursday, RCMP said officers found one elderly man in his home, and brought him and his dog to safety.

Later on, RCMP canvassing the Dickensfield area of Fort McMurray found a family of five, including three elementary school-aged children still in their home, they reportedly didn’t comply with the evacuation notice because they believed they weren’t in danger. That family, and their dog, were also evacuated.

Meanwhile, RCMP said they will also investigate any theft reports – on Friday, police said they arrested a local man in his home after they responded to a break and enter in Fort McMurray.

Police dog services were utilized to track down the man – RCMP said this was the only theft report police had received.

RCMP are asking evacuees who are concerned about pets left behind to not call 911, but to contact the Supporters of Alberta Animal Rescues online.

Police said officers will do what they can to help pets they find in their patrols.