RCMP recover $100K worth of stolen property southeast of Edmonton 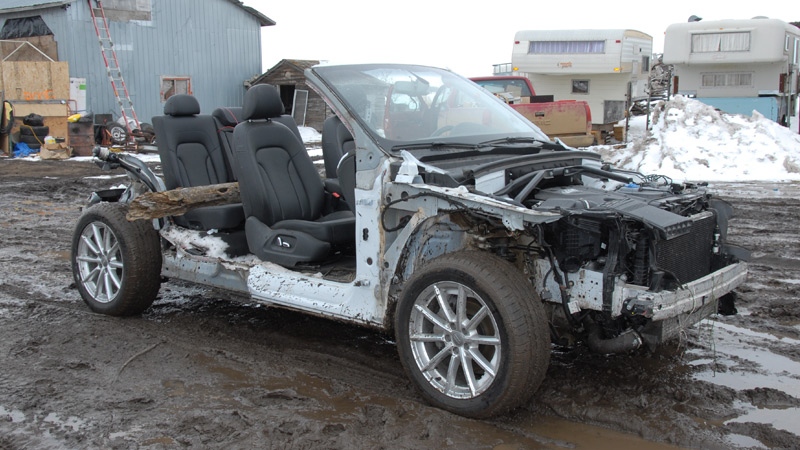 A chop shop-type operation was found near Bruce, Alberta, on April 11, 2018. (Supplied)

On April 5, police executed a search warrant at a residence in Hardisty and found several pieces of stolen property, RCMP said.

The following individuals, from Bruce and Viking, were arrested and charged with four counts of possession of property obtained by crime over $5,000:

They are scheduled to appear in court Monday.