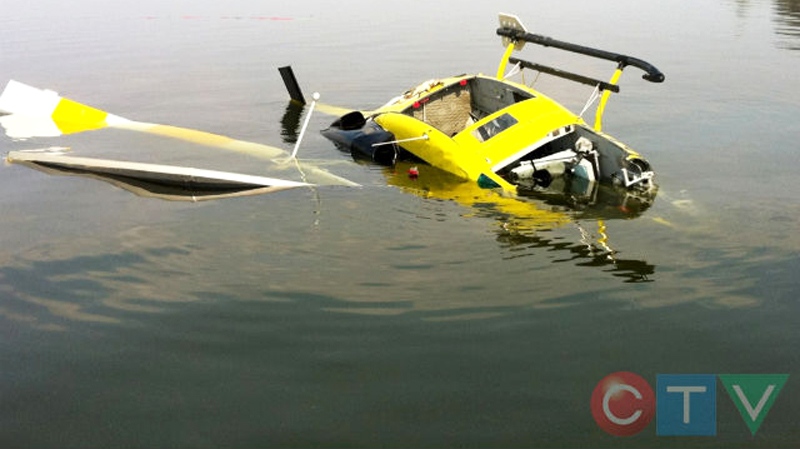 A Bell 212 helicopter is shown after crashing near Canyon Creek on the shore of Lesser Slave Lake, just northwest of Slave Lake on Friday, May 20, 2011. (Courtesy: CTV viewer Lorne Lukan)

The RCMP have released the identity of a helicopter pilot killed in Alberta's wildfire fight last week.

Jean-Luc Deba, 54, of Montreal died after his chopper went down in the waters of Lesser Slave Lake, a short distance away from where crews have been battling massive wildfires that have destroyed hundreds of homes in the Town of Slave Lake.

The Transportation Safety Board (TSB) says the chopper was owned by Campbell Helicopters based out of Abbotsford, B.C.

The chopper was assisting with fire control in the area. The province says the helicopter and pilot were under contract to Sustainable Resource Development.

TSB officials are now investigating what caused the crash.