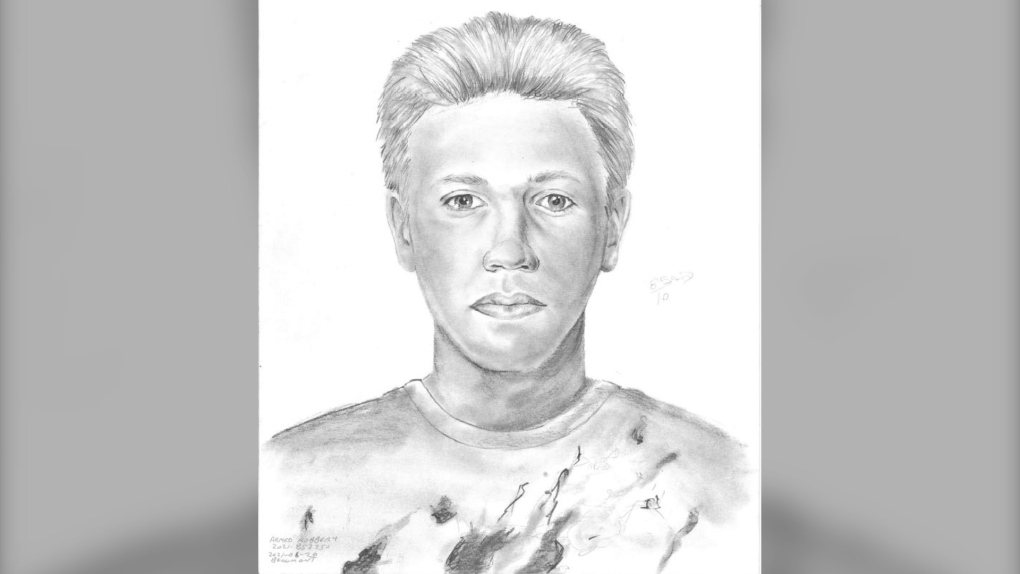 RCMP have released a sketch of a man they believe was involved in an armed robbery at the Giant Tiger in Leduc on June 16. (Credit: RCMP)

EDMONTON -- Police are searching for a man believed to be involved in an armed robbery in Leduc on June 16.

Leduc RCMP responded to the call at approximately 1:25 p.m. to a lone man entering a Giant Tiger with a firearm, demanding money.

The man left the store with an undisclosed amount of cash. Police said the clerk was not physically injured.

According to Mounties, a witness said the man got into the passenger side of a truck in the area of 50 Street and 64 Avenue in Leduc.

The truck is described as a dark grey Chevrolet Silverado 1500 quad cab, model LTZ Z71 with a blacked out Chevrolet symbol.

RCMP said they’re looking to speak with the driver of the truck to confirm their well-being.