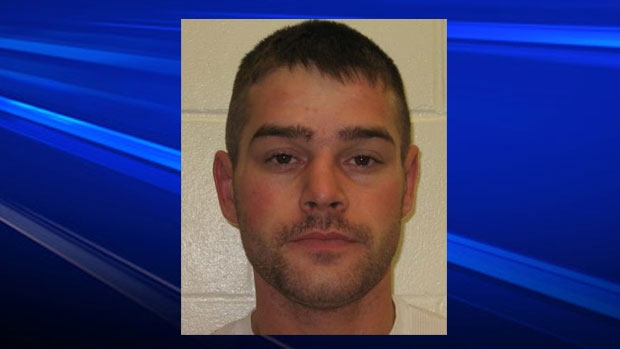 RCMP are still searching for a man believed to be armed, and dangerous – who is wanted on Canada-wide warrants – and it’s believed he was seen in the Red Deer area Saturday.

Police are searching for Trevor Legge, 29, who is wanted for a number of charges, including uttering threats, possession of a weapon while prohibited, flight from police and resisting arrest.

On Saturday, Mounties got a break, and they told CTV News it’s believed Legge was in the Red Deer area that day.

Legge reportedly lived there most recently.

On August 10, RCMP released a recent photo of Legge, however police believe his hair may be longer, and he might also have a goatee.

It’s believed he is travelling in a white 2001 Chevrolet Cavalier, with an Alberta license plate BFB 494.

The warrants were issued after an incident in early August, where Whitecourt RCMP were called to a rural road, after suspicious activity was reported.

When officers arrived they found a collection of property, which they later found was the temporary camp of Legge – and found two trailers on the site had been stolen.

On July 30 Whitecourt RCMP tried to stop a vehicle, which police believed was driven by Legge – however the driver didn’t stop and fled the scene.

Soon after, police tracked down a vehicle turning into an oil well site and then into the bush nearby – but as police followed the tracks on foot – the driver of the truck tried to run the officers over, before crashing into a tree and fleeing on foot.

Officers used Police Service dogs and other resources to track him down – but believe he contacted someone to pick him up.

Legge is also wanted in connection to an ongoing break and enter investigation in the Whitecourt area, where a number of firearms were stolen.

In addition to these warrants, Legge is also wanted in Ontario.

The suspect is believed to be armed and unpredictable, so RCMP are warning anyone who may come across him to not approach him, and call their local RCMP detachment, police agency or Crime Stoppers at 1-800-222-TIPS (8477).