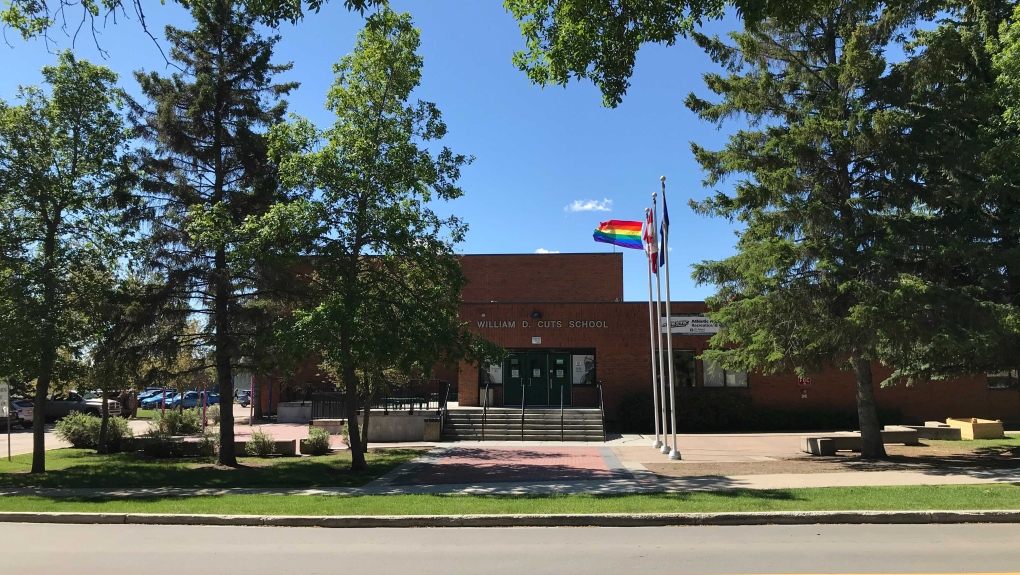 St. Albert schools were under a hold and secure on Wednesday after multiple carjackings. (Evan Klippenstein/CTV News Edmonton)

EDMONTON -- Still searching for a third person involved in a string of carjackings in St. Albert on Wednesday, Mounties are asking residents for surveillance footage.

Two of the carjackers were taken into custody on Wednesday after stealing vehicles at the intersection of Sturgeon Road and St. Albert Trail and on Marion Crescent.

One man was charged with possession of property obtained by crime and possession of break-in instruments, police said. He was released from custody on an undertaking.

The other man was released without charges.

Police have not found the 2007 red Jeep Compass with Alberta licence plate CHV 5953 believed to have been in possession of the third person involved in the carjackings.

"If seen please do not approach the vehicle, and call police immediately," St. Albert RCMP said of the vehicle stolen on Marion Crescent.

Anyone with surveillance footage or information about the carjackings that placed all nearby schools in a hold and secure that morning is asked to call police at 780-458-7700 or Crime Stoppers at 1-800-222-8477.