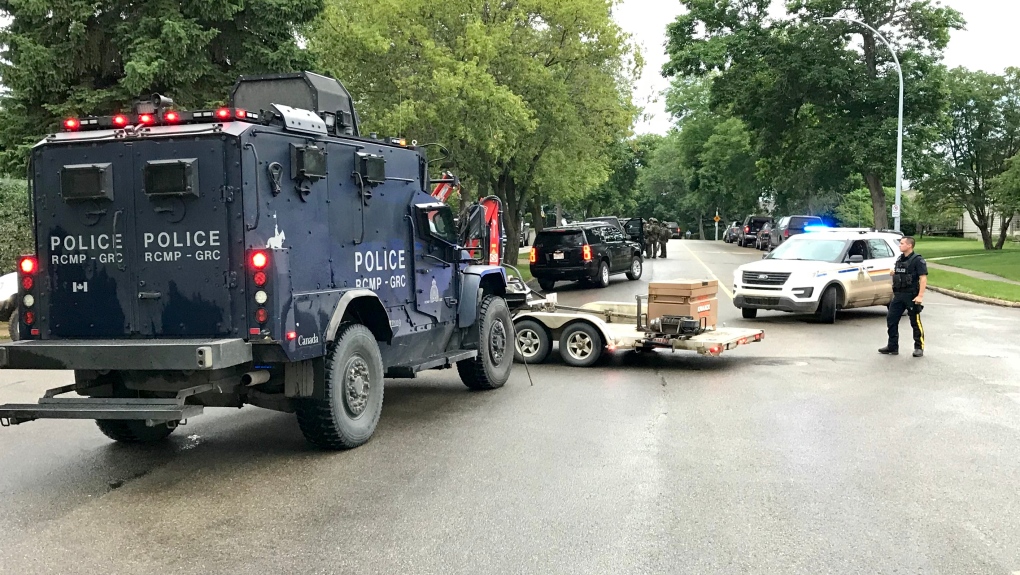 EDMONTON -- RCMP closed roads and brought a tactical team and armoured vehicle to Spruce Grove Tuesday night in what Mounties called an “unfolding situation” in an 8:22 p.m. news alert.

The armoured response was centred in the Broxton Park neighbourhood, with at least a dozen RCMP vehicles and an ambulance staging at McLeod Ave and Linden Street.

Just after 9 p.m. an RCMP officer confirmed to CTV News Edmonton that the situation was concluded and police were seen packing up.

A man was taken into RCMP custody outside of a house on Belmont Crescent.

Several witnesses told CTV News Edmonton that no one was injured in the incident.

RCMP said on Twitter that the situation “ended peacefully,” but no further details were provided.