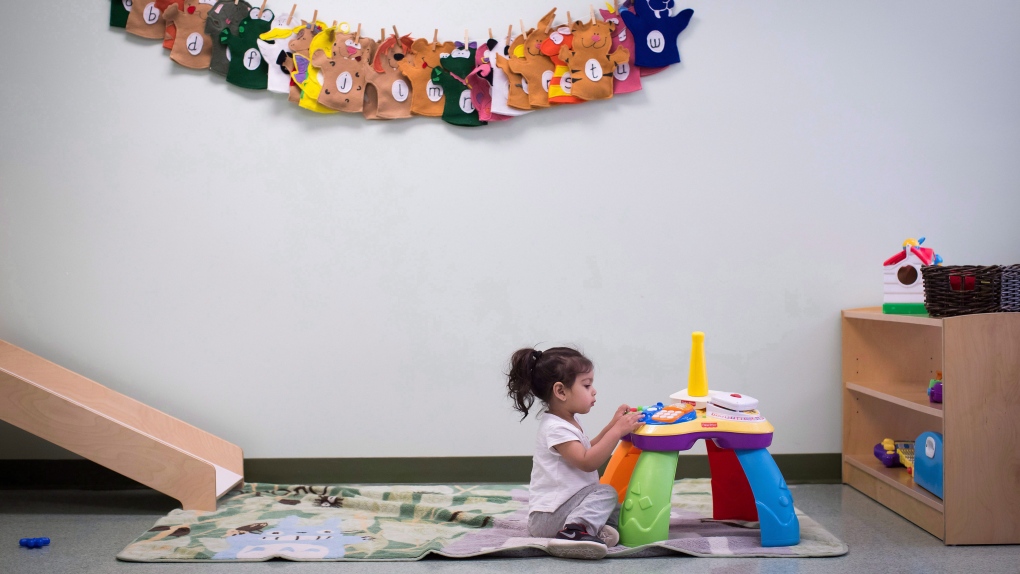 EDMONTON -- Proponents of accessible child care say they are happy with a $30-billion commitment from Ottawa over the next five years to increase the number of available spaces and reduce fees in Alberta.

With more dollars flowing to the provinces, the federal Liberals expect to see by next year a 50-per cent drop in fees, which averaged $950 per month in Edmonton and $1,250 a month in Calgary – both on the higher end of the spectrum of costs across Canada.

As well, the federal plan aims to see daycare cost an average of $10/day by 2026 in every province except Quebec, which has its own system. The plan

"Child care is not a privilege, it's a right," said Naida Meghji, director of the Allen Gray Child Development Centre in Edmonton. "Children have a right to early learning and child care workers have a right to be professionalized and valued for the work that they do.

"And families have a right to affordable and accessible child care."

Meghji wants to see Alberta buy into the plan, which requires some cooperation from the provinces to use the money from Ottawa for enhanced training and boosted wages for early childhood educators, in turn making spaces cheaper.

But he said the plan by Justin Trudeau's government lacks flexibility both families and the province needs.

"Any child care agreement between Alberta and Ottawa must respect the diverse needs of children and the fundamental principle of parental choice in child care options."

He did not specify what Budget 2021's child care proposal was missing, but promised to work in Albertans' best interests in reviewing the document.

The Official Opposition's children's services critic promised to press the provincial government for that collaboration.

"I was heartened to see that there are some clear timelines in the federal investment," NDP Edmonton-Whitemud MLA Rakhi Pancholi told CTV News Edmonton, "but we really need to see the UCP is willing to cooperate and put their own resources into this to make it a reality."

Pancholi said the loss of the program has been devastating to many families and forced some to put their kids into informal or unlicensed programs.

Kenney's government has instead promised nearly $10 million in grants to create new spaces in daycares and day homes with continued support for the most vulnerable families.