Terry Dell has been living on the streets of central Edmonton for a few months now, and he's scared.

"This is crazy. It's bad around here. This is a really, really bad place to be," Dell told CTV News Edmonton Friday.

"I try to avoid confrontation with anybody. It's probably in your best interest to keep your mouth shut and keep away from people. There's a lot of scary people out here."

The issue of crime in the core reached a boiling point on Thursday when the police chief revealed a series of violent events, including two deaths, and called the situation an "immediate crisis."

Chinatown business owner Phong Luu could barely control his grief and anger when he spoke to reporters.

"We lost two good men, how many more do we have to lose before you actually give some faith and some help to this community?" he asked.

"I am irate. There's going to be more (deaths). You have people coming here, doing their dirty deeds, and when they go on their high, you can't control them. If the police can't protect us, we're going to protect ourselves…we have no choice!"

"We can’t wait. This will start next week,” he told police commissioners at City Hall, while apologizing that other areas of the city will have fewer resources, at least in the short term.

McFee and Mayor Amarjeet Sohi met with members of the Chinatown community Thursday night after news of the suspicious deaths spread.

"I will continue to engage with the community to find solutions, but this is absolutely heartbreaking."

Sohi said he was "puzzled" when he heard that the number of beat officers downtown and in Chinatown has decreased in recent years, but said he was "happy" with McFee's plan to ramp up resources in those areas.

He also said city council is trying to address the "root causes" of crime, and he will continue to pressure the province for help on that. He listed addictions recovery, supervised consumption sites and permanent supportive housing as initiatives he's working on.

'VERY SAD IT CULMINATED TO THIS POINT'

"Finally, maybe we'll get things heard, but I don't know. We have to see the action," said Sandy Pon, who was in the meeting with Sohi and McFee. 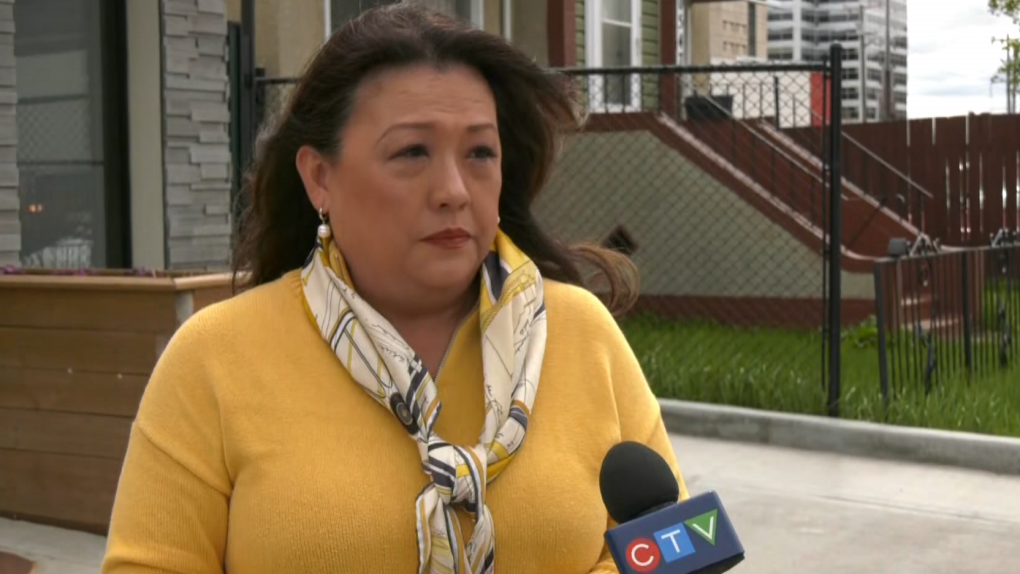 Sandy Pon speaks about crime and violence in Chinatown on May 20, 2022 (Matt Marshall/CTV News Edmonton).

Pon co-founded the Chinatown Transformation Collaborative Society and sits on the board of the Chinese Benevolent Association.

She also knew both of the people who were killed.

"It is very sad it culminated to this point, with two murders done by a person on a rampage."

Pon said her community's immediate focus is supporting the families, but they also want more officers in Chinatown, and have been asking for that for "many, many years."

"It's very important to have boots on the ground," she said.

Pon believes the concentration of social service agencies around the northern edge of downtown is making Chinatown a more dangerous place to be.

"We have 82 agencies now in the area, plus two consumption sites…Decentralization of some of these services may be the answer. This way it takes some of the focus off of the criminal minds who are looking in the area and trying to victimize individuals," she suggested. 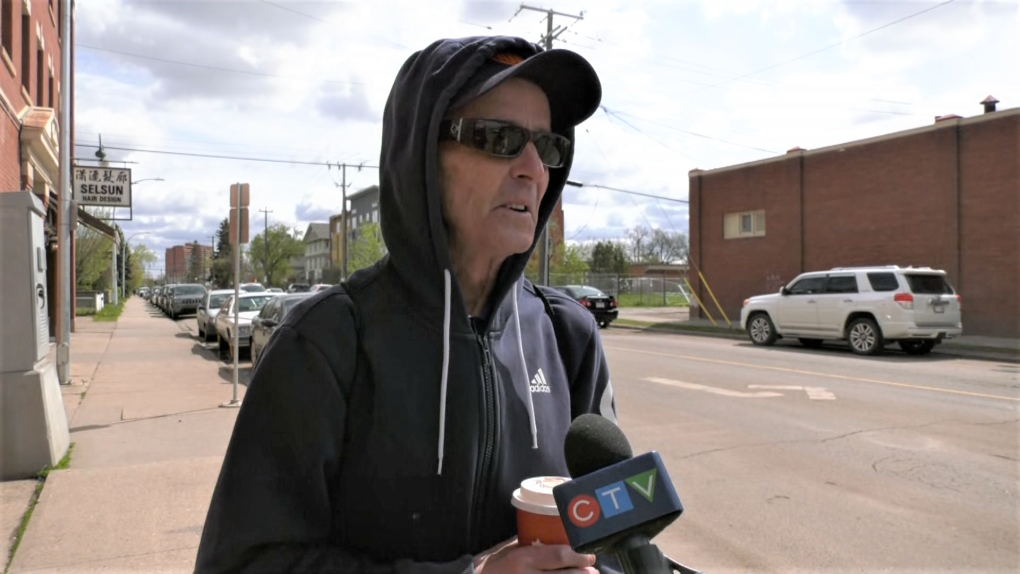 Terry Dell speaks about what it's like on the streets of central Edmonton on May 20, 2022 (Matt Marshall/CTV News Edmonton).

As for Dell, he explained that he fell on hard times after his wife died of cancer. He's been approved for a place to live, and hopes to move in soon.

He believes social agencies are trying hard, and pointed out that many living on the streets are good people surrounded by some "bad people." He's not sure if more police can solve the problems.

"I wouldn't know the first way to try to fix it. I'm pretty sure it's an impossible task," a frustrated Dell said.

Have you been affected by airport delays or flight cancellations? We want to hear from you

Have you been affected by airport delays or flight cancellations? Have you arrived at your destination without your luggage? Did you have to cancel a trip because your passport didn’t arrive in time? We want to hear from you. Email CTVNews.ca at dotcom@bellmedia.ca.

Russian President Vladimir Putin shot back at Western leaders who mocked his athletic exploits, saying they would look 'disgusting' if they tried to emulate his bare-torso appearances.

NATO faced rebukes from Moscow and Beijing on Thursday after it declared Russia a 'direct threat' and said China posed 'serious challenges' to global stability.