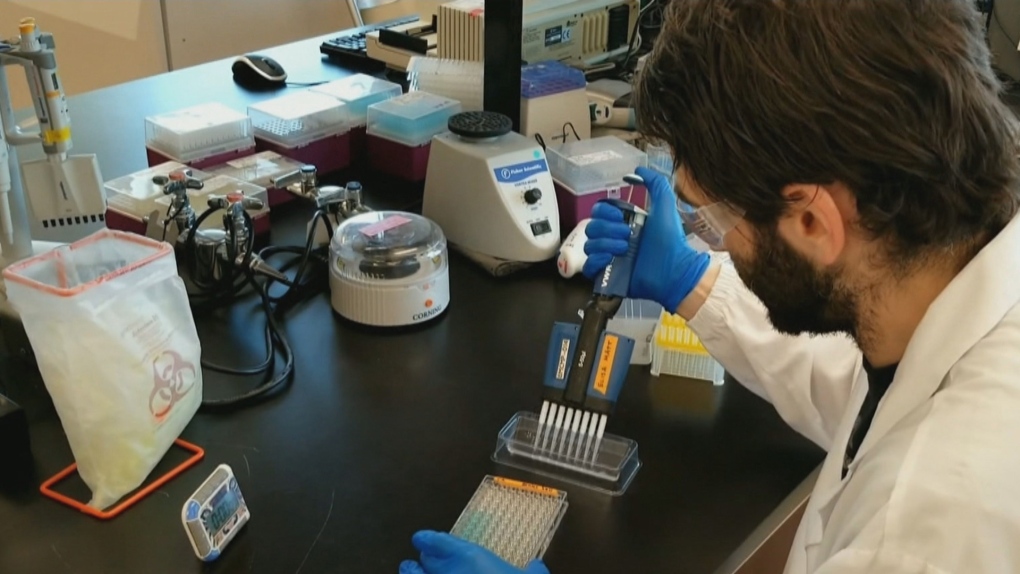 EDMONTON -- Alberta reported another 1,293 new cases of COVID-19 and an additional 876 variant of concern cases.

In a limited update delivered over Twitter, Alberta’s Chief Medical Officer of Health Dr. Deena Hinshaw said the province completed 14,371 tests to lower the positivity rate to 9.1 per cent after it spiked to 9.9 per cent Friday.

Hospitalizations and ICU admissions increased slightly over those reported Friday, with 349 and 84 respectively. Friday saw 333 patients in hospital with COVID-19, including 83 in ICU.

Five new deaths were reported since the last update, raising the total deaths attributed to COVID-19 in Alberta to 2,012.

Three deaths occurred in the Calgary Zone, two men and one woman that were all above 50 years of age and had comorbidities.

One man in his 90s linked to the St. Joseph’s Covenant Health outbreak in Edmonton died of COVID-19. A man in his 50s from the South Zone also died.

The South Zone is the only zone to have less than 1,000 cases and of the active cases, 112 were unknown which zone they were identified in.

Approximately 818,689 doses of COVID-19 vaccines have been administered in Alberta as of April 8.

Premier Jason Kenney said in a media availability Saturday that Alberta had a record amount of vaccines administered Friday with approximately 39,000 administered.