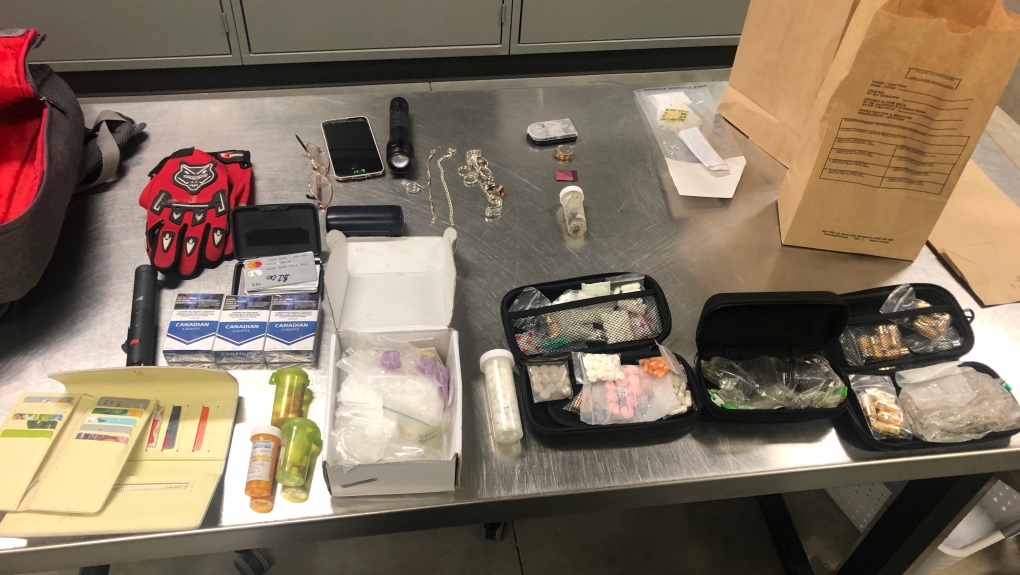 EDMONTON -- A Red Deer man was found in possession of a large amount of drugs late last month, according to RCMP.

Police were investigating reports of a stolen vehicle when they found 38-year-old Timothy Knowles.

During the investigation, RCMP say they seized:

Knowles remains in custody facing a total of nine charges: possession for the purpose of trafficking, possession of an imitation weapon for a dangerous purpose, failure to comply with a resource order, proceeds of crime and unlawfully distributing cannabis.