20 per cent drop in crime in Red Deer: RCMP 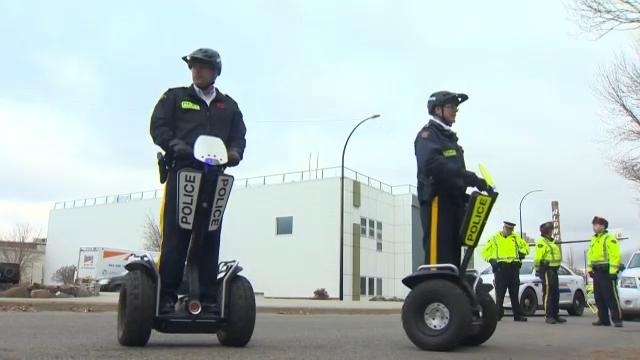 According to Statistics Canada, Red Deer’s Crime Severity Index (CSI) was up almost 16 per cent in 2019 compared to the previous year. The city’s violent crime severity index was also up nearly 37 per cent compared to 2018.

According to him, the spike in crime occurred mainly in the first three months of the year and dwindled as 2019 continued.

“But, looking at it closer, what we saw was that we had a significant increase in the first quarter of 2019,” said Grobmeier.

“What was encouraging is, especially in the last two quarters, our numbers were actually similar to or even better than 2018.”

An example of the inflated first quarter crime statistics were break-and-enters, which were up at the beginning of 2019, but decreased as the year progressed.

“In the first quarter of the year, we had a 30 to 40 per cent increase in break and enters. By the end of the year, we actually had a four per cent decrease from 2018,” the superintendent told CTV News.

Grobmeier said he is uncertain of what caused the increase in crime in the first quarter of 2019, but believes cold temperatures played a role.

“It’s hard to tell exactly without doing a really in-depth study, but, if you do recall, we had probably our coldest winter in I don’t know how many years in Red Deer, and that always contributes to crime,” he said.

“Generally, when it’s cold, our theft and motor vehicles (thefts) goes up, our break and enters go up. Also, our domestic violence can usually go up because people get confined.”

However, according to Grobmeier, Red Deer has seen significant drops in crime across 2020's board.

“Overall, we have seen a drop in crime by 20 per cent in Red Deer.”

He attributes the lower crime statistics to refined crime prevention strategies and to the introduction of a dedicated property crime unit. He said the Red Deer RCMP is also expanding the ways it deals with individuals dealing with mental health and addiction issues by introducing a social diversion team.

“We have a team that should be starting up shortly in November that will assist us with those calls, where it’s not a police call, and to give those people the treatment that they need right off the bat, as opposed to a police response.”

Grobmeier predicts Red Deer will have a lower crime severity index by the end of the year than in 2018.

“These are significant drops, not just from 2019, but these are actually lower numbers than 2018. So if we maintain what we are doing, we should see a CSI that is even lower than what we had in 2018,” said Grobmeier.

“We still have two more months to go, so we will see how that plays out.”