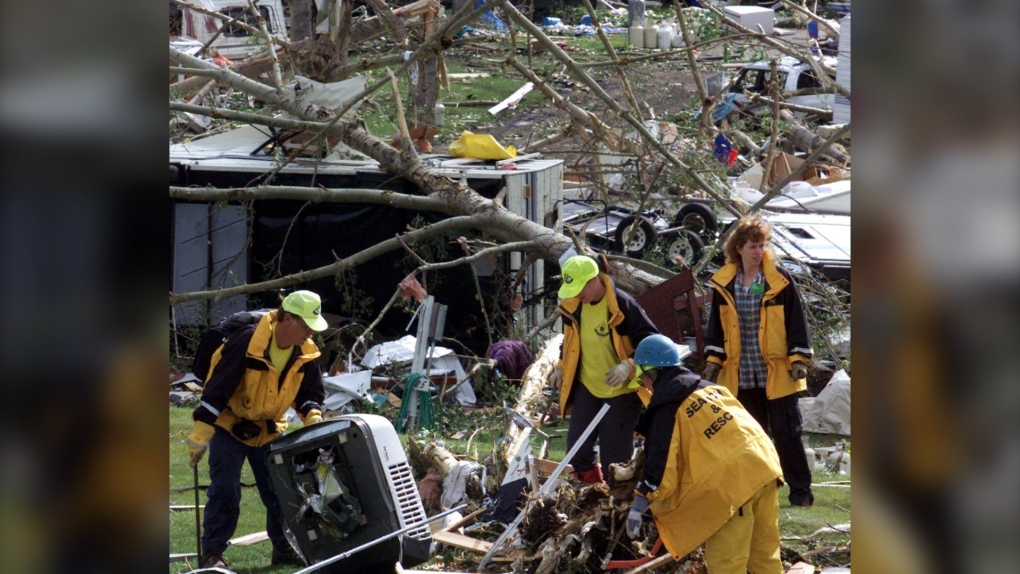 PINE LAKE, ALTA. -- Twenty years after a tornado swept through a campground at a scenic tree-lined lake in central Alberta, killing a dozen people and turning trailers into kindling, Heather Thomson has a pocketful of miracles to reflect on.

She's the grandmother of Ashley Thomson, who was just four months old when she was ripped from her car seat and sucked up as high as a three-storey building by the twister at Pine Lake on July 14, 2000.

The twister set her down, completely naked, a few hundred metres away on a golf driving range. She had little more than a cut to her left foot.

“It is a miracle,” Thomson, who's now 73, told The Canadian Press at her family farm northwest of Pine Lake. “Her mommy finds the car upside down with the car seat hanging there, with the clips all still done up, but no baby.

“The car did several flips down the hill and her father remembers just seeing her little bare feet go out the window.” 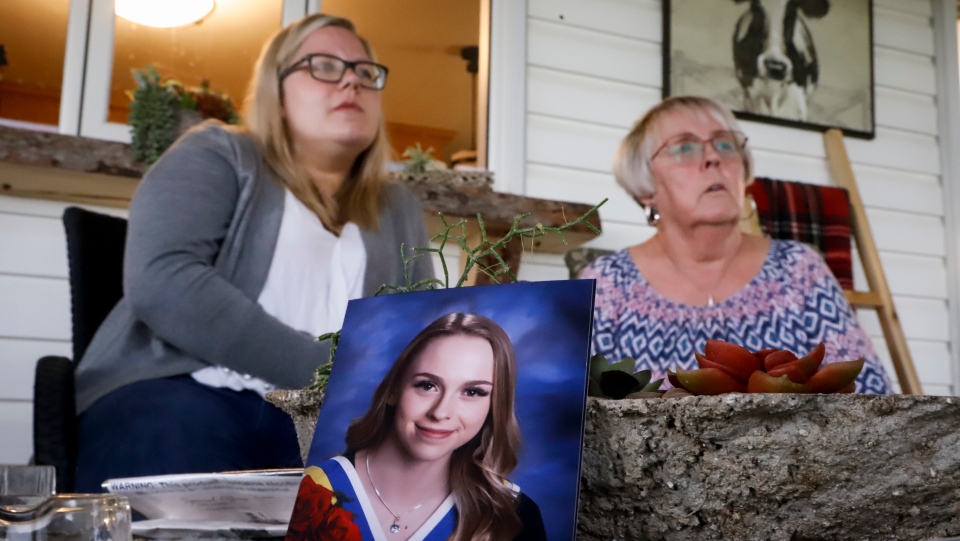 The child dubbed “Miracle Baby” in news headlines is now a business student at a college in nearby Red Deer. The 20-year-old didn't learn about her near-death experience until she was five or six.

“As I got older, it sparked an interest in me to hear everyone's stories,” she said in a text message.“I was even more curious what happened to me.

“What happened to me that day no one, including me, will ever know. The one thing I do know is that I had someone looking over me and my entire family.”

Thirteen Thomson family members were at the Green Acres RV park that day.

Heather Thomson said she had gathered about a half dozen nieces, nephews and grandchildren into their fifth-wheel trailer when the storm hit, bringing with it hail the size of baseballs.

“I look out the window and I see two little boys running but they're not going anywhere ... then these big chunky hailstones start to fall. I said to all these kids, 'You guys all get down on the floor. Grandma's never seen hailstones this big!” she said.

“We're lifted up in the air and we're thrown down. The refrigerator came and hit my husband in the face. The microwave came out of the cupboard. The dishes all fell on top of us. And then the stronger part of the tornado, the back, turned us upside down.”

She suffered broken ribs and a shoulder injury.

Her husband, Butch Thomson, now 75, had blood gushing down his face where the fridge had struck him. With a finger, he traces a scar barely visible from his forehead, to the side of his nose, and down to his jaw.

“I bet in 20 seconds it was over ... We were just up and down and upside down and that was it,” he said “I was kind of stunned there for the longest time. I didn't know what the hell had happened.”

Jillisa Thomson was five. She remembers being in the trailer with her grandparents.

“I remember them lying over top of me and then us flipping and flipping ... We stayed for a bit and then we walked up this hill,” she said.

“I remember Grandma trying to carry us up this hill and she's just broken.”

Dean and Rachel Thomson were also injured. He had stayed in the car with their baby, while his wife went into the campground office to check in.

She was sucked up by the tornado and slammed into trees before she dropped to the ground. He was banged up in the car, then frantically searched for their missing daughter before finding her on the golf course.

Ashley Thomson said she may not remember the tornado, but her parents and the rest of her family do.

“This anniversary shows me their strength and bravery and I couldn't be more blessed,” she said. “This experience changed my life. I believe that whoever was watching over me that day wants me to do great things.”

Forest growth has covered most of the scars at the campground. Trees have been replanted and rows of trailers sit at campsites

A large rock stands as a memorial near the lake and is surrounded by one tree for each person the tornado took from the world.

“A tribute to a community which suffered great loss but showed great support, courage and heroism. Remembering those who lost their lives,” reads a plaque with the names of the dead.

Heather Thomson said she and her family feel blessed.

“Because we should have lost people. Other families lost family members.

“We're all alive and really no lasting physical effects from it. Maybe some mental ones, but we're all pretty healthy.”

This report by The Canadian Press was first published July 14, 2020