There were plenty of smiles at a one-day clinic for adaptive water skiing in Central Alberta this week.

Nicholas Gates lives with cerebral palsy. His mother, Kelly Gates, said the last two and a half years have been tough for her son, who has had limited interactions, and outdoor activity, due to the pandemic.

“We’ve been stuck in the house for the last two years, him especially, being in a group home, and now we want to bring him back out to the community and get him outside to have some fun.”

So, when she heard about the “Give it a Go” day held by the Water Ski and Wake Alberta, she jumped on the opportunity.

“It’s not only confidence they gain, but it’s a whole new lifestyle. They get to meet everybody and try something new,” said Gates.

The one-day clinic introduces people with disabilities to adaptive water skiing. Gates said it was difficult to describe the emotions she felt when she saw her son gliding on the water. 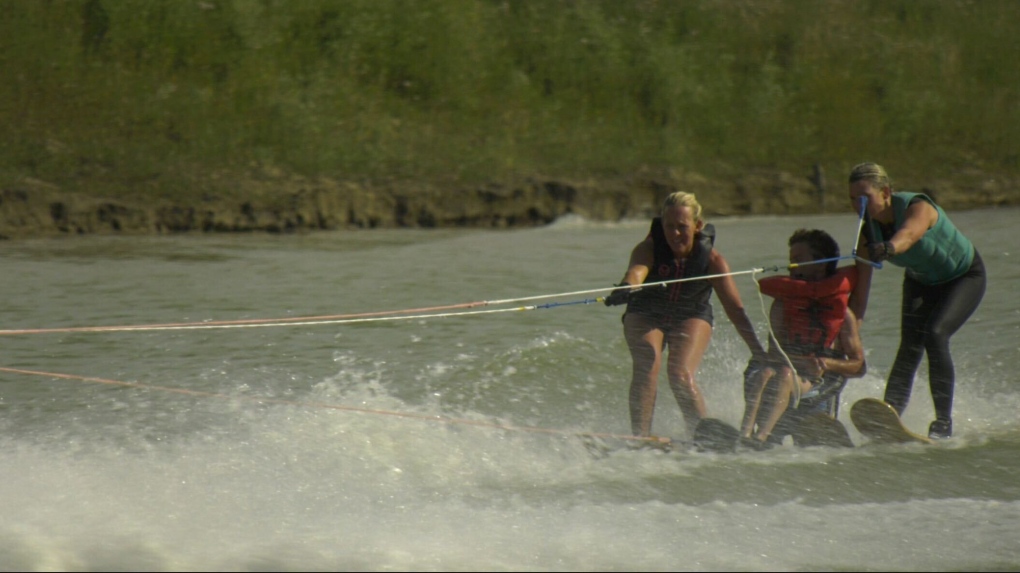 “For him, it’s an experience he will talk about for the rest of his life.”

The clinic’s coordinator, Rae-Lee Colcleugh, said she was inspired to start “Give it a Go” day after working with the national adaptive water ski team.

“It’s basically us sharing our passion for water skiing with the people that otherwise wouldn’t be able to do it,” said Colcleugh.

Joshua Corcoran attended the clinic, but it wasn’t his first time on the water. He’s been to countless adaptive water ski clinics, and he said he can’t get enough of them.

“To be able to jump in the water like that and have a fun ski with some pretty great people is always something I look forward too every time I come to one of these clinics,” said Corcoran.

The clinic’s coach Sean Asam and his son Nick Asam, who lives with cerebral palsy, have been water skiing together for 18 years. He said adaptive water skiing gave his son confidence growing up, something he wants to share with others.

“I think what it does too for a lot of people is the next sport they do after they water ski, might not be water skiing, but they all of a sudden start trying other things, and that’s the thing that I like to see.”

Sean said it is thrilling for the skiers, but is also extremely emotional for their families.

“We see a lot of parents change because of that, and that’s really great to see,” said Sean.