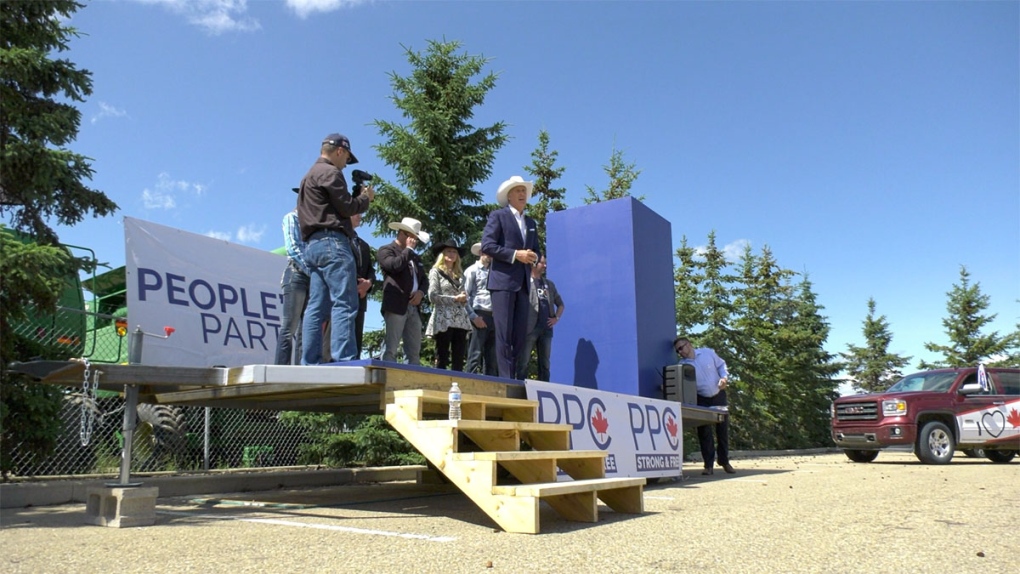 Maxime Bernier, the People's Party of Canada leader, continued his Alberta tour Thursday with stops in Red Deer and Ponoka.

With "build that pipe" chants in Red Deer, Bernier promised he would use the constitution to speed up the Trans Mountain expansion.

The party leader also vowed to balance the budget in two years by cutting funding in several areas, such as business subsidies and the CBC.

“The federal government is giving $5 billion to corporations, subsidies, we don’t need that," Bernier said. "It is unfair, it is unfair to tax a small business…and giving that to SNC Lavalin or Bombardier or GM."

“We can save money by transforming the CBC like PBS. It’s easy because we know what reforms we can do.”

On climate change, Bernier admitted it "is always changing," but questioned whether that is caused by human activity.

On Sunday, Bernier was seen posing with people who belong to an alleged hate group known as the "Northern Guard."

However, when asked if he would want the support of white supremacists, Bernier said, “I want people to vote for us because they believe in our ideas.”

“It’s crazy, I don’t have anything to say. I don’t want to comment on that. It’s very crazy,” Bernier said.

Amid the controversy, Bernier is confident that Prime Minister Justin Trudeau will not be able to elect a candidate in Alberta, and believes he can pick up numerous seats in Quebec.

The People's Party of Canada leader heads to Lethbridge and Cardston Friday and wraps up his tour of Alberta in Calgary Saturday.