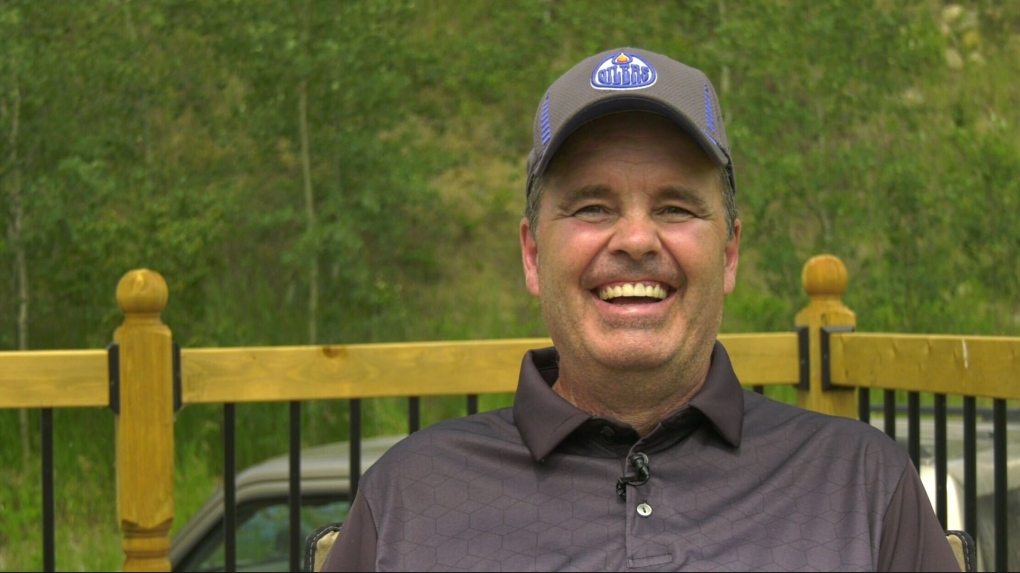 A man from Central Alberta is the first individual to be recruited for a new national Amyotrophic Lateral Sclerosis (ALS) research initiative.

“Garry is a person that would give the shirt off his back to anybody,” said his wife Michelle Zelasek.

However, his life was thrown into disarray two years ago after he noticed that he was losing strength in his right hand.

“My arm would all of a sudden twitch for a couple seconds,” he said.

He went to the doctor who recommended him to a specialist. On Dec. 15, 2020, his wife, who is his high school sweet heart, accompanied him.

“My wife and I talked about it and I said that, ‘Whatever happens, we’ll be okay,’ and that’s when they told us that I had ALS,” said Zelasek as he held back tears.

It’s a neurodegenerative disease that eventually results in the loss of the ability to move, speak and breathe.

“It just slowly progressed to where I lost strength in my legs, to where I have to use a walker…my hands have no strength in them anymore at all,” he said.

“We camped a lot. I hunted, I fished, and the wife and I had a lot of walks together, and now I’m limited on a lot of that stuff.”

The average life expectancy for someone with ALS is two to five years. Zelasek said in what could be his final years, he wanted to do something that could help others sufferings with the disease, so he volunteered to participate in CAPTURE (Comprehensive Analysis Platform To Understand, Remedy, and Eliminate) ALS.

He was the program’s first volunteer.

“I just said yes as soon as they asked me,” he said.

“It’s something that I felt I needed to do just to try and find different ways to maybe find a cure for this.”

According to the ALS Society of Canada, “CAPTURE ALS is a national platform that unites patients, researchers, and physicians to provide the systems and tools necessary to collect, store, share and analyze substantial amounts of information about ALS, creating the most comprehensive biological picture of people with ALS ever.”

The goal of CAPTURE ALS is to better understand the disease so more personalized treatment regiments can be developed in the future.

“Right now, all the therapies that we have are designed against ALS as a general disease, and so the idea is we want to be able to get to that world where we can treat a person individually,” said Dr. David Taylor from ALS Society of Canada.

Every few weeks, Zelasek goes in for a visit where doctors conduct a clinical exam and measure his speech and cognition. Doctors also conduct brain imaging and multiple tests like a blood test and a cerebral spinal fluid test.

“It’s essentially a platform designed to better understand what we call the heterogeneity of ALS, so it’s why is one person different from the other,” said Taylor.

Zelasek said he hopes the program will help him with his own disease, but, even if it doesn’t, he hopes his participation will help those suffering with ALS in the future.

“I definitely want, down the road, for people to be helped and cured possibly, or prolonged to where they have a normal life basically,” said Zelasek.