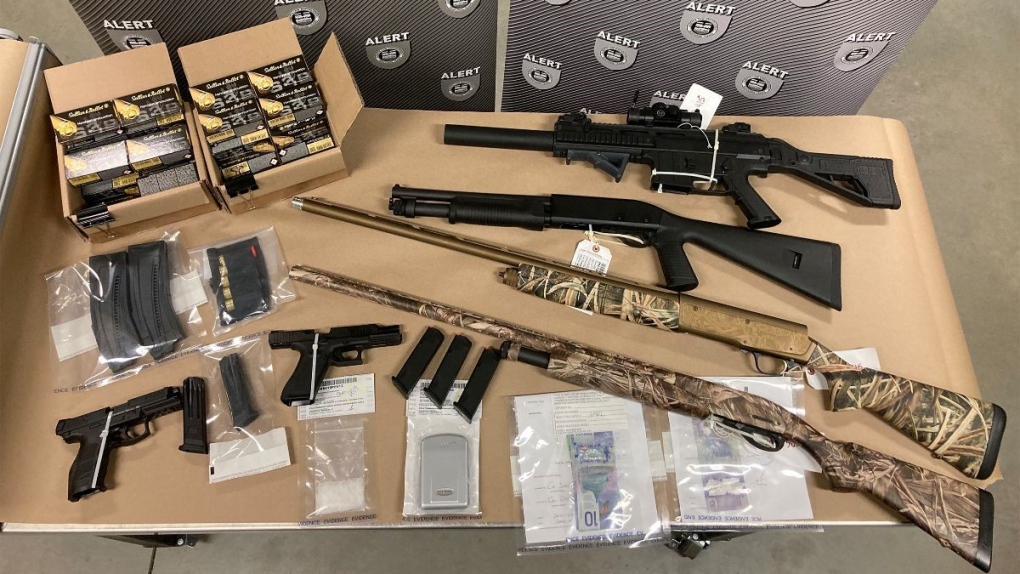 EDMONTON -- On May 5, three people were arrested on drugs and firearms offences following a joint investigation between ALERT and the Lacombe Police Service.

The three individuals involved are not being named at this time. According to police, charges are pending.

“This investigation is a strong example of police agencies working together to take drugs and guns off the street.”