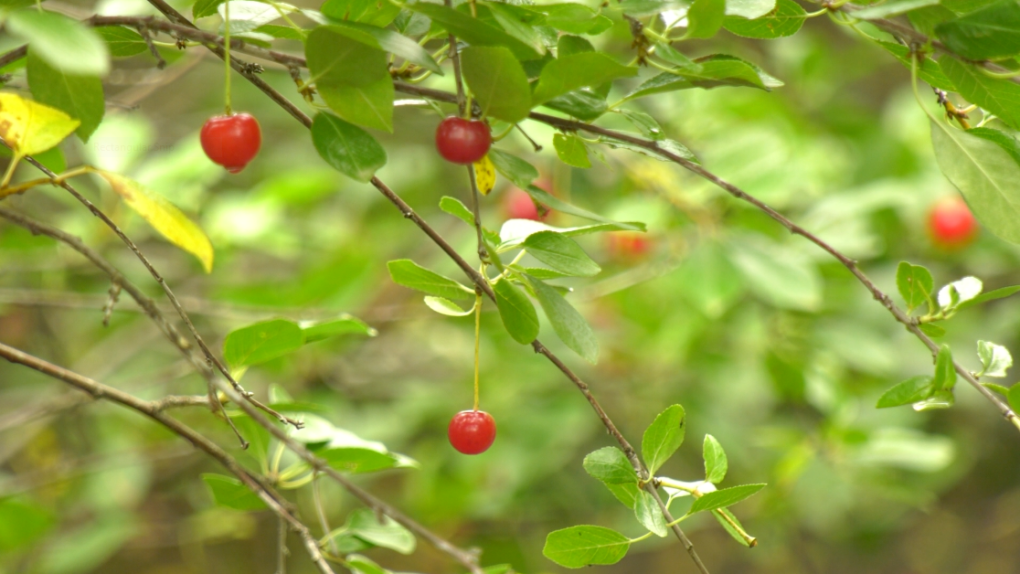 Cherry Trees nearly Bentley, Alta. were resistant to the wet summer weather, but other crops weren't so durable.

A cool and wet summer is having an impact on local farmers, including Jennifer Johnson.

The Johnsons own Cherries on the Prairies, a farm producing eight different types of fruit, located just outside of Bentley, Alta.

“This year has been one of cold and wet, and we don’t really want to complain about the wet. It has made really great quality cherries this year, but of course the cold has set us back probably two to three weeks,” said Johnson.

While, the cherries were able to remain resistant to the weather conditions, other crops were not as lucky.

“As far as the Saskatoon [berries] we have, it has been an issue in that they are one of the most disease prone fruits we know of and humidity and weather like this really brings on the disease, so we have probably lost 75 per cent of our crop this year.”

According to Environment Canada, the amount of rain for June, July and August is actually down about 100 millimetres from last year. However, the number of days with rain is up over the same stretch.

The Alberta Crop Report lists 85 per cent of central Alberta’s dry land crops were in good to excellent condition.

“That exceeds the provincial average of 67 per cent, as well is 28 points above the regions five year average of 57 per cent,” said Agriculture Financial Services Corporation project coordinator Zsuzsanna Sangster.

However some counties could still see wet conditions.

“For parts of the region in the central area, some parts are doing better since they’ve had sufficient amounts of rain and other parts have had excess rain in the low lying parts, there may be parts that are under standing water,” said Sangster.

“In some areas the crops are turning and looking good and other areas need a few warmer days to help them ripen.”

And while the forecast does call for more rain, Johnson isn’t letting that dampen her spirits.

“[The weather] cycles every year and every decade is a little bit different and I love the DNA of farming in that it’s within us to adapt, and to just make it work. Farmers are strong and resilient.”