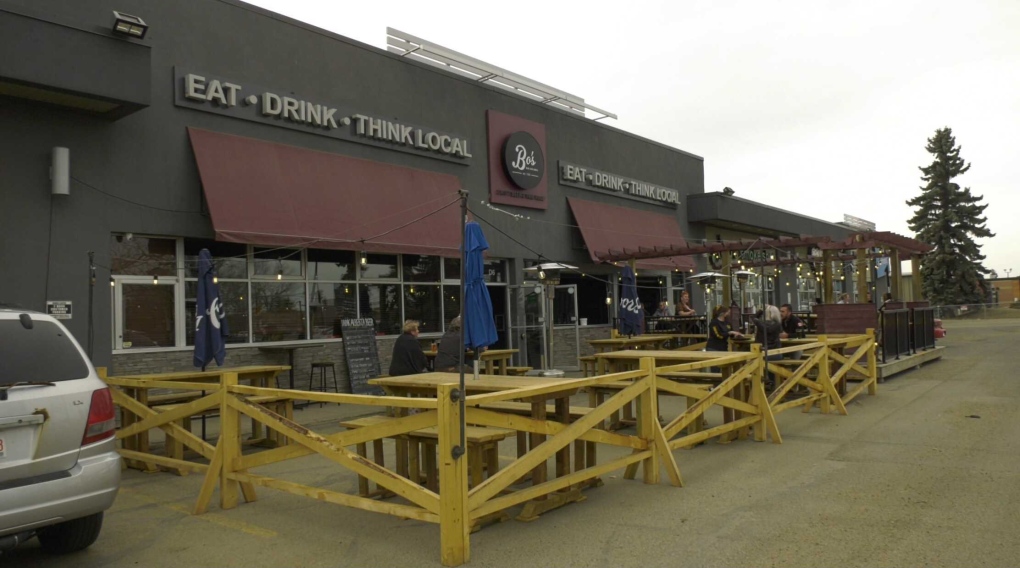 RED DEER -- Red Deer Restaurant owners are calling on the provincial government to provide additional supports to help them through the upcoming restrictions.

Effective 11:59 p.m. on May 9, all in-person dining, including patios, will close, limiting restaurants to takeout and delivery only.

For Red Deer restaurant owners, the patios brought in much-needed revenue to help keep their restaurants open and their staff employed.

“Our patio did very well for us. It kept things going,” said One Eleven Grill owner Patrick Guimond.

“We had people out here just about every day.”

But, now with a third shutdown approaching, owners have to face the harsh reality of laying off employees. Guimond expects a 60 per cent decrease in revenue after this week, and, as a result, expects to lay off at least 13 employees.

“A lot of them are working three restaurant jobs instead of in a different industry, so they’re being laid off from all three of them,” Guimond said.

“It is their bread and butter.”

Many Red Deer restaurant owners spent thousands of dollars on patio extensions in mid-April after the province banned indoor dining but allowed patrons to dine outside.

“A lot of us have spent the last three weeks spending capital on patio extensions, and going through the route of dealing with our municipalities on how to get these patios approved,” said Bo’s Bar and Stage owner Brennen Wowk.

“To now do all that work to be just shut down three weeks later is kind of gut wrenching.”

Wowk, also a member of the Alberta Hospitality Association, points to provinces like Ontario who have provided locked-down restaurants with additional supports like utility abatement. He said the association has asked the province for similar relief.

“We’ve asked the Alberta government for equalization to what we’re seeing in Ontario and Quebec, and we’re really trying to push that narrative that they need to support us properly.”

He added that the province should also provide a wage subsidy top up and help with the capital expenditures of the patio extensions. But, above all else, he wants more transparency from the government.

“We understand that there needs to be some fluidity, with the fact, that we’re dealing with constant change, but, at the same time, transparency is needed for success,” Wowk said.

“Operators need to make decisions based on detailed data.”

Without these supports, Wowk believes many restaurants in Red Deer will have to close their doors.

“Hospitality is the lifeblood of our communities. People love to socialize. They need it as part of life. In a world in which we don’t get the supports we need, there won’t be hospitality in the same way as it was before.”