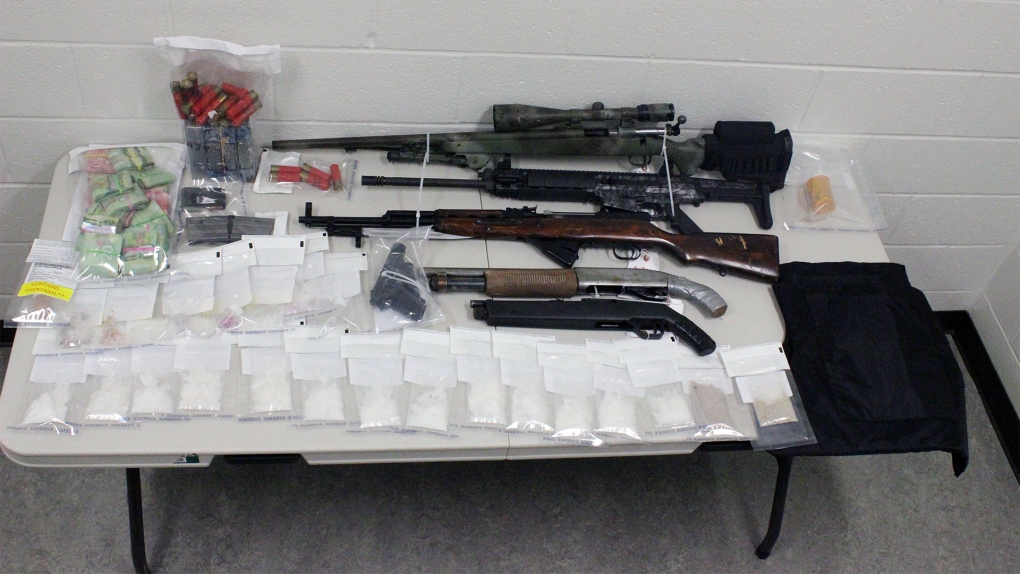 Drugs, guns and ammunition seized by police in Red Deer and Sylvan Lake are displayed. (Supplied)

Three people are facing a total of 35 charges following a drug trafficking investigation in Sylvan Lake and Red Deer.

On June 27 a search warrant was executed at a home in Sylvan Lake.

RCMP found methamphetamine, fentanyl and cocaine. As well they seized three hand grenades, body armour, seven firearms and ammunition, along with over $25,000 in cash.

The grenades have since been handed over to the Canadian Armed Forces in Wainwright for safety purposes and to confirm their authenticity.

"This is another important drug seizure for Red Deer and the surrounding community," said Red Deer RCMP Staff Sergeant Jay Peden. "Not only did we disrupt the flow of drugs between two communities, we also uncovered and removed potentially dangerous weapons from the community."

Herman and Griffin were both released on bail and will appear in provincial court in Red Deer on August 1.

Lincoln Capel, 33, from Red Deer was arrested on outstanding warrants and charged with possession of a controlled substance and failing to comply with a recognizance.