‘He was an absolute joy’: Friend paints memorial mural 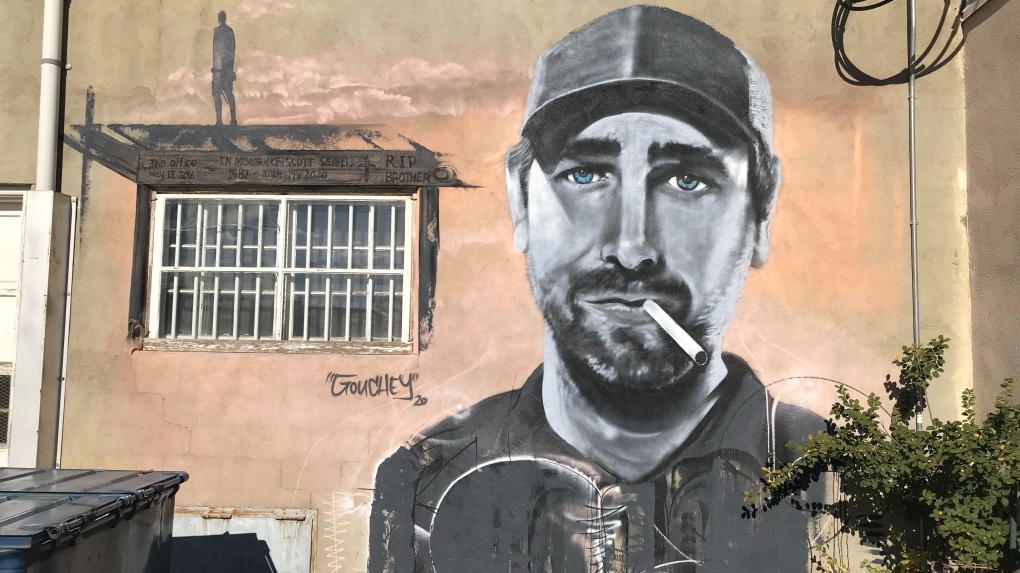 RED DEER -- A mural in downtown Red Deer helps a mother and father honour their son, who died of an accidental drug overdose.

Scott Seibel was working for a construction company in Port Moody, BC. On July 19, Scott Seibel went to a friend’s house for some drinks. Later in the night, he met up with an individual and headed back to that individual’s condo where they did cocaine.

Unknowingly to Scott, the cocaine was laced with fentanyl. He died of an accidental overdose that night. He was 33 years old.

“It was a terrible shock to us,” said Carol Seibel, Scott’s mother.

“When we knew it was reality that we lost Scott, I just remember my knees just buckling under me, and I just went down in a heap and started sobbing,” said Don, Scott’s father.

Josh Landers and Jesse Gouchey, long-time friends of Scott, came up with the idea to paint a mural of Scott in Red Deer.

Gouchey, an artist who has been painting professionally for ten years, painted the mural behind Landers’ tattoo shop over the course of four days.

“He wanted to come and paint a thing for Scott. We have the perfect space and a great landlord. It was a perfect spot for him to hang out and keep the memory of him alive for other people,” said Landers.

Gouchey said “there was a lot of emotions” while he was painting the mural.

“I’m really happy with it. To be honest, when I was doing it, I don’t really remember the process. I kind of just went into a little state,” said Gouchey.

Carol said she was elated when she first saw the mural.

“It’s absolutely beautiful, and it captures Scott perfectly,” said Carol. “When I look at it, I think what an awesome tribute from his friends to Scott.”

“I actually saw the mural an hour and a half after he started it. I pulled in the parking lot, and I could see my son’s eyes looking at me,” said Don. “I had no idea how talented he actually was, and I think his talent speaks for himself.” 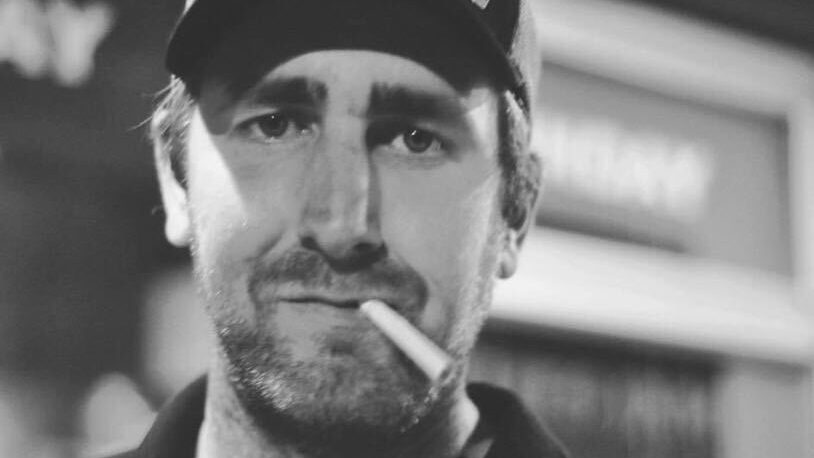 The mural captures Scott’s face from a picture given to Gouchey from Don and Carol. The mural also has a silhouette of Scott to pay tribute for all the years that father and son worked alongside one another in the construction business.

“I so admired his work ethic. We worked hard. We worked long days, and he never complained,” said Don. “I thought sometimes he could have reason to be a little bit angry at his dad, but he never went there. He was an absolute joy.”

Carol and Don hope the mural carries on Scott’s legacy, and they want it to serve as a reminder of the dangers related to recreational drug use.

“Scott was not an addict. He was at best a recreational user. He went out for drinks and made a mistake that cost him his life,” said Carol.

“He would admit he made a mistake, and he would take that on himself. He wouldn’t want the same mistake to be made by others, and I know that would be his message,” said Don.