'I will give all I can': Alta. blood donor aiming for Guinness record

'I will give all I can': Alta. blood donor aiming for Guinness record

Two hundred blood donations is just a milestone for an Alberta woman on her way to setting a Guinness World Record. 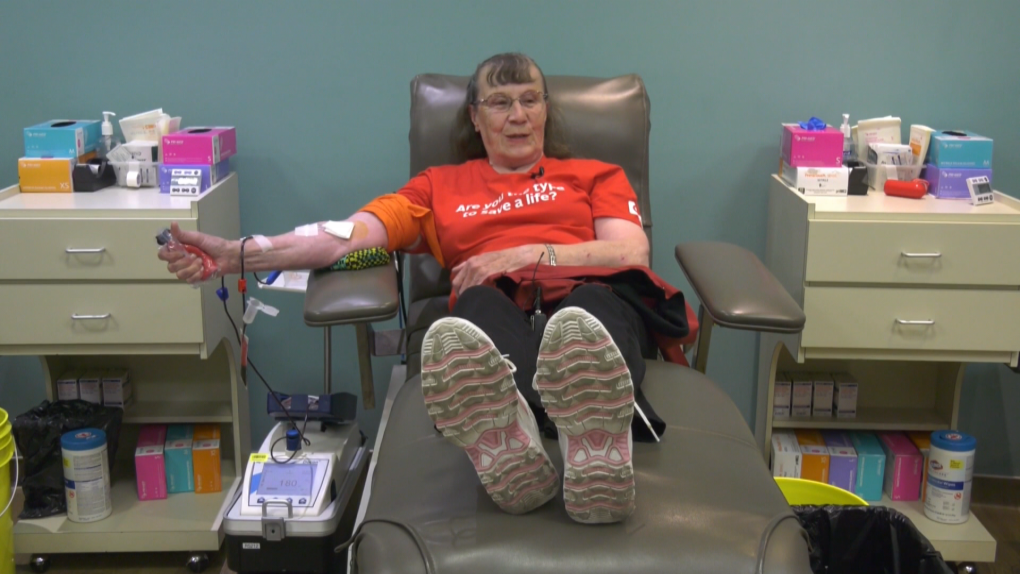 Josephine Michaluk, 76, from Penhold in central Alberta, made her 203rd blood donation in the fall of 2022.

Michaluk made her first donation in 1965 while accompanying her sister who was donating.

At about five donations per year, she's since earned a number of certificates from Canadian Blood Services celebrating smaller milestones.

She believes her donations are a record and has asked the Guiness Book of World Records to recognize the feat. 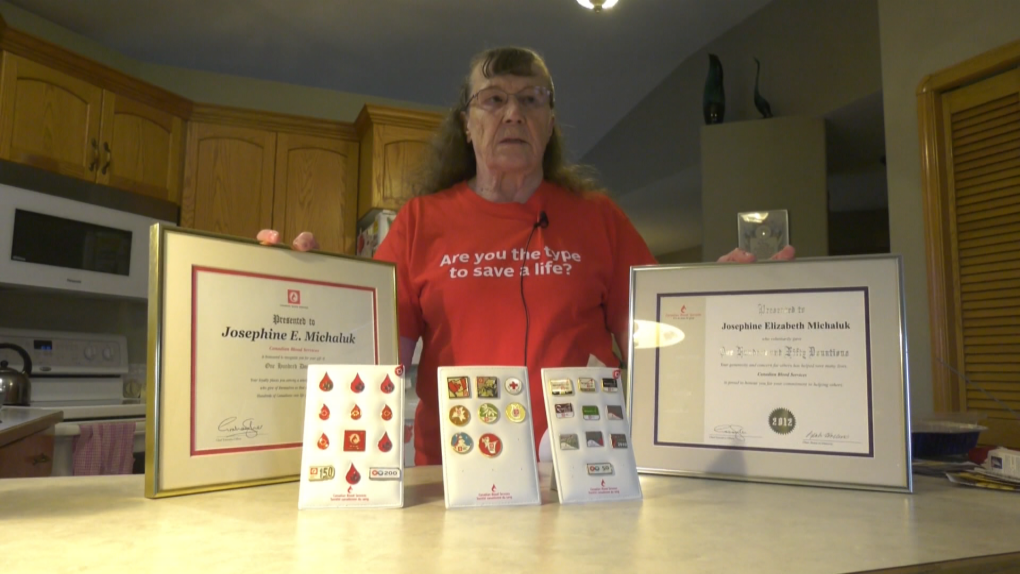 Josephine Michaluk, 76, from Penhold in central Alberta, has been recognized by Canadian Blood Services a number of times over nearly six decades of donating blood.

But such an award isn't really Michaluk's motivation.

"They say it's in you to give, so I will give all I can," she told CTV News Edmonton.

"I've helped so many people with my blood."

Canadian Blood Services' Shamus Neeson commented, "When someone sees that a beautiful person like Josephine has made that commitment and donated over 200 times, I think that seed does get planted: Why haven't I done this before?"

The British government is looking at bringing in the military to help keep public services running if key workers, including in the state-run National Health Service, take strike action, the chairman of the governing Conservative Party said on Sunday.