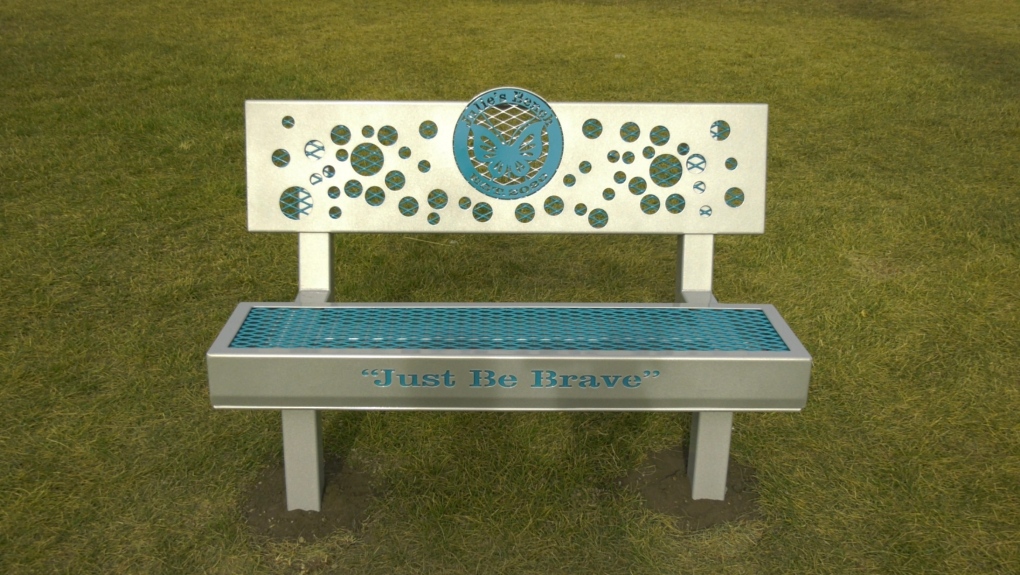 Julie Burke, an 11-year-old girl who died of cancer, is being remembered with a friendship bench at the Father Henri Voisin School in Red Deer. Sept. 24, 2020. (Nav Sangha/CTV News Edmonton)

EDMONTON -- It was the hardest day of Mike Burke's life.

On June 23, 2019, his 11-year-old daughter, Julie Burke, died of a cancer approximately six months after she was diagnosed.

“It was terrible. You can’t even put into words the emotions, the frustration and the anger. Here we had this beautiful little girl that meant the world to us, and one day she’s gone."

Julie stayed at the Stollery Children’s Hospital in Edmonton during her treatment. There, she told her dad her dream to have a friendship bench at her school, Father Henri Voisin.

“She started to tell me that a friendship bench is meant for kids who are sad and lonely and don’t have someone to hang out with. They go and sit on the bench and then other kids notice them and invite them to play,” her dad said.

With Julie’s dream of a friendship bench cemented in Mike’s mind, he contacted a friend who was a local metal fabricator. Mike paid for the bench, and the friend built it. It was officially unveiled on Sept. 22, 2020.

The Julie Burke Memorial Bench faces the school’s playground; a place where she loved to play, her dad said.

The words 'Just Be Brave' are front and centre on the bench. Words of encouragement said by Julie to one of her friends at the Stollery Children’s Hospital who was about to go for a biopsy.

“She said to me, ‘Daddy when they come get Emily, open the curtain. I want to say something to her.’ I opened the curtain and Julie said, ‘Hey Emily, just be brave,’” said Mike.

“Julie said it like she’d said it to herself a million times.”

Mike hopes the bench continues Julie’s legacy of valuing the power of friendship and helps to blossom future friendships at the school.

“I drove by here Sunday night and there was two little girls sitting on here talking to each other, so it was just like the icing on the cake for me.”