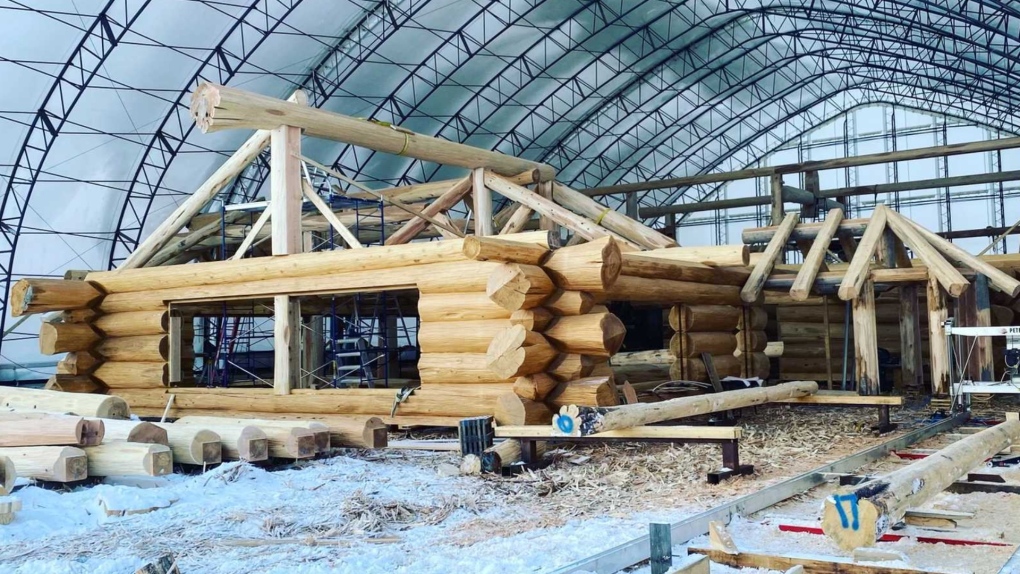 Langberg Log Homes is building a 16,000-sq. ft. home that will be taken from central Alberta to Indiana.

RED DEER -- A central Alberta company that builds log homes has received its first international contract in the United States.

Langberg Log Homes located in Rocky Mountain House is a small, family-owned-and-operated company that has been building log homes in central Alberta for 20 years, and now, Elkhart, Indiana.

“Not only is it our biggest project by far, but it’s our first international build too,” said Langberg Log Homes Owner Steven Langberg. 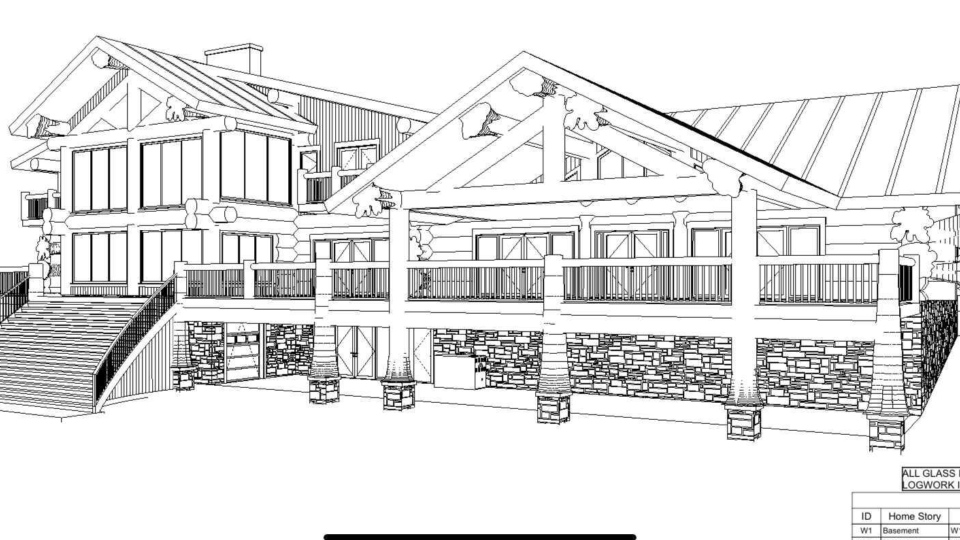 The company has been asked to build a 16,000-square foot log home with a swimming pool, an indoor bowling alley, slides attached to the stairs, and a nine foot knights of the round dining table.

“It’s been challenging, but it’s been awesome,” Langberg said.

“We’re always looking for projects to test our crew and to push the limits of what we’re doing.”

Carpenter Morgan Duhamel worked on the table which has a giant tree stump as a base. He said he’s never worked on anything like it before.

“I don’t think I’ve ever built a table quiet that big before,” Duhamel said.

“It certainly had a lot of challenges.” 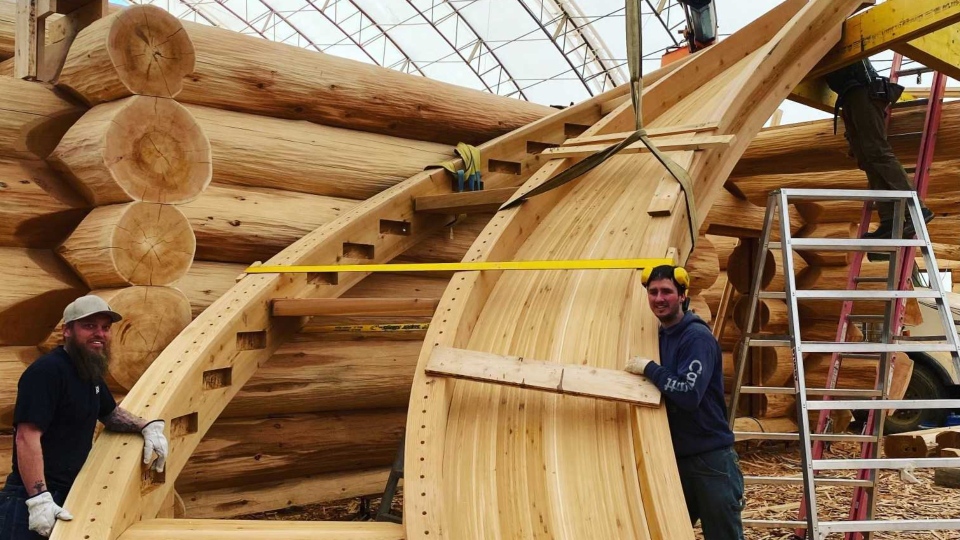 The crew has been working on the home for almost a year in Rocky Mountain House. It is a prefabricated home, meaning it is manufactured off-site in advance before it is taken apart, shipped, and reassembled on site.

They start by peeling Western Red Cedar logs and sanding them. Then, they cut them, fit them, and stack them up, building the house right up to the top of the walls before they cut the windows and doors out. They then take the logs apart, insulate between them, number them, and put them on a truck.

“When it comes together here, it’s a relatively quick process considering the amount of labour that went in back at the shop,” Langberg said.

So far, two trucks out of 11 have made the more than 2,800-kilometre journey to Indiana. Each truck carries close to 45,000 pounds of logs.

“This house is about half-a-million pounds of Western Red Cedar, so it’s a lot of wood,” Langberg said. 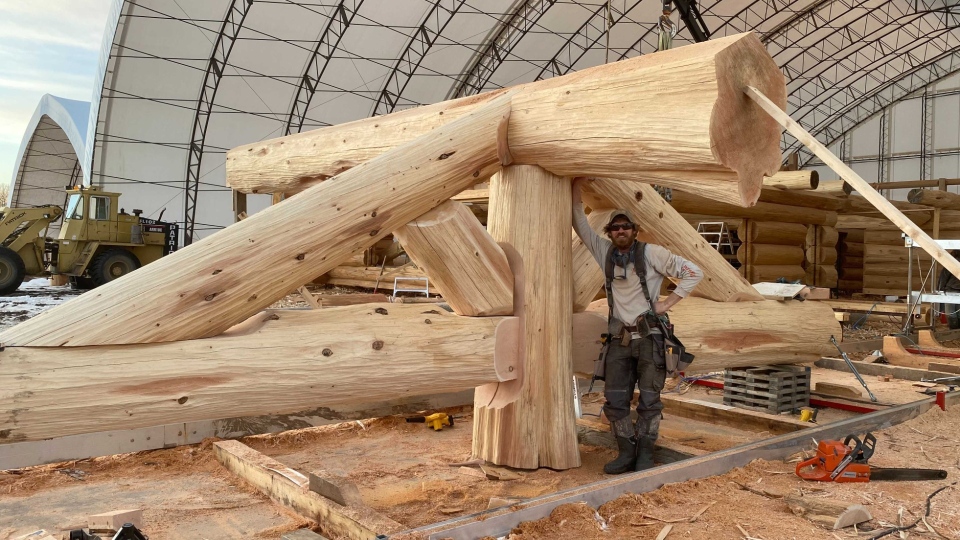 Langberg is already in Indiana with six other advisors from Rocky Mountain House who will direct the assembly of the home. They also have a crew from the United States who will help with the installation. Langberg expects to finish the entire project in two-and-a-half weeks.

“We did one trailer today in five hours and we have 11 trailers total, so you can really move fast once you get the first round all squared up.”

Langberg said he is excited about his first international build and he’s optimistic that it’s not his last.

“It’s been a great step for us to get into the international home market,” Langberg said.

“We’re hoping this is the start of many more houses we build in the US (United States) and overseas.”