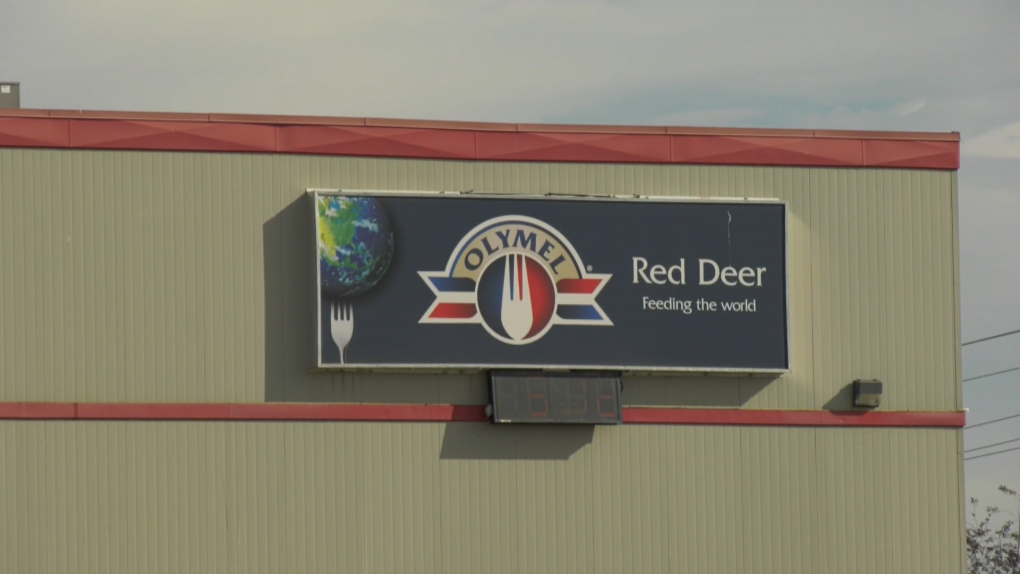 EDMONTON -- The United Food and Commercial Workers union has confirmed that the Olymel plant in Red Deer has been temporarily shut down.

The move comes after 35-year-old Darwin Doloque, a worker at the plant died from COVID-19 on Jan. 28.

The plant is currently dealing with an outbreak. The president of United Food and Commercial Workers (UFCW) 401, Thomas Hesse said there have been 326 cases of coronavirus at the plant. There are still 192 active cases.

The union been asking the government to implement protective restrictions on food processing plants similar to ones imposed on the general public.

“It’s been a fight in order to get Olymel to come to their senses. The world needs to see that this disease is an occupational disease. There’s 1,800 workers working side-by-side, and it’s a very troubling situation,” Hesse told CTV News on Monday night. “It’s a victory I suppose, to see the plant closed, but the fight is ongoing. It should have happened before, it shouldn’t have taken this long.”

“I am glad the plant owners have finally listened to calls from the United Food and Commercial Workers (UFCW) and are shutting down the plant,” she wrote. “We have seen a memo from Alberta Health Services indicating one-in-five workers at the plant may be infected with COVID-19 already and all efforts must be made to stop further spread. I hope the Olymel plant remains closed until the safety of all workers there can be assured.”

“We also continue to monitor the situation closely at other plants, namely one run by Cargill in High River, which remains the site of the largest outbreak of COVID-19 in Canada since the pandemic began.”

About 1.850 people work at the plant. The union says about 60 per cent of them also have other jobs outside the plant.

The plant will wind down operations over the next few days, and the company will investigate the outbreak.