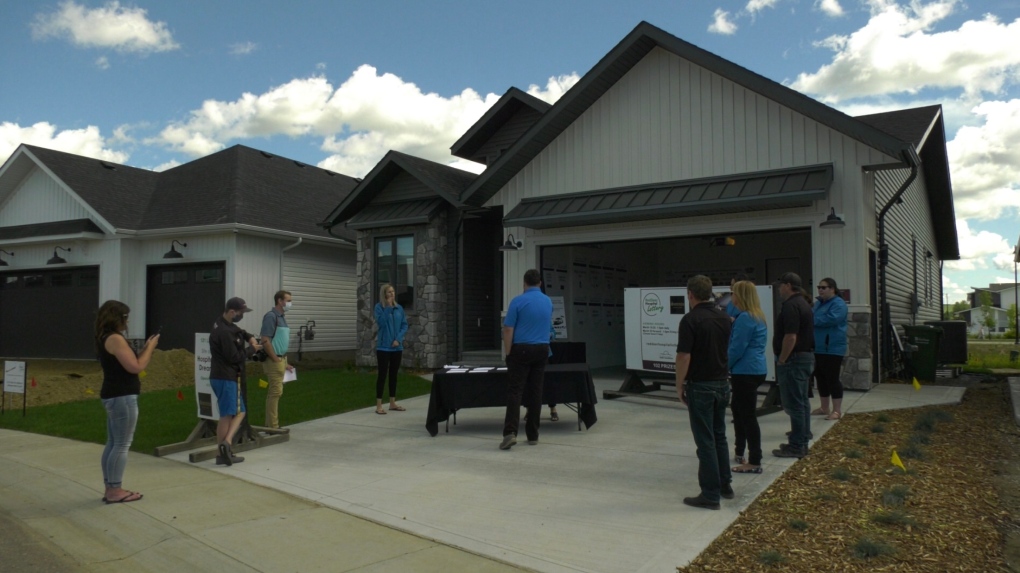 RED DEER -- The 2020 Red Deer Hospital Lottery winners were announced on Friday. This year’s grand prize was a dream home valued at $870 000. The winner of the dream home was Debby Irwin from Stettler.

“I thought someone was playing a prank on me,” said Irwin.

“It’s still kind of sinking in and kind of surreal to me right now.”

Irwin said she and her husband always visit Red Deer, and, now with the new home, it might be a good place to settle down after retirement.

“We go to Red Deer lots, so it’s actually going to be really nice to have a place there,” said Irwin.

“We’re just coming up to retirement, so it’s a really nice option for us to eventually end up there and stay there.”

“I was sitting at home and I was shaking.”

Greenlee said this is the third year he has entered into the draw, never expecting to win, but to help support the Red Deer Regional Hospital.

“I think that’s how they raise money for equipment, so I think it’s really important, and I will support some more in the future.”

He said he doesn’t really know he what he will do with the money, but he does plan to share his winnings with his kids.

“I’m hoping to help my kids out a little bit for the future,” said Greenlee.

“Other than that, I don’t really know.”

Manon Therriault, the Chief Executive Officer of the Red Deer Regional Health Foundation, said she was worried when the lottery kicked off because they had to rely solely on online ticket purchases due to COVID-19 restrictions.

“We were anticipating the worst because we weren’t able to sell tickets at the hospital or here at the home,” said Therriault.

“But, we’re thrilled to see our community still step up and come together and purchase tickets.”

All the money raised will go towards buying ventilators for the hospital. However, there are no final numbers yet for the amount of money raised and the subsequent ventilators that will be bought.