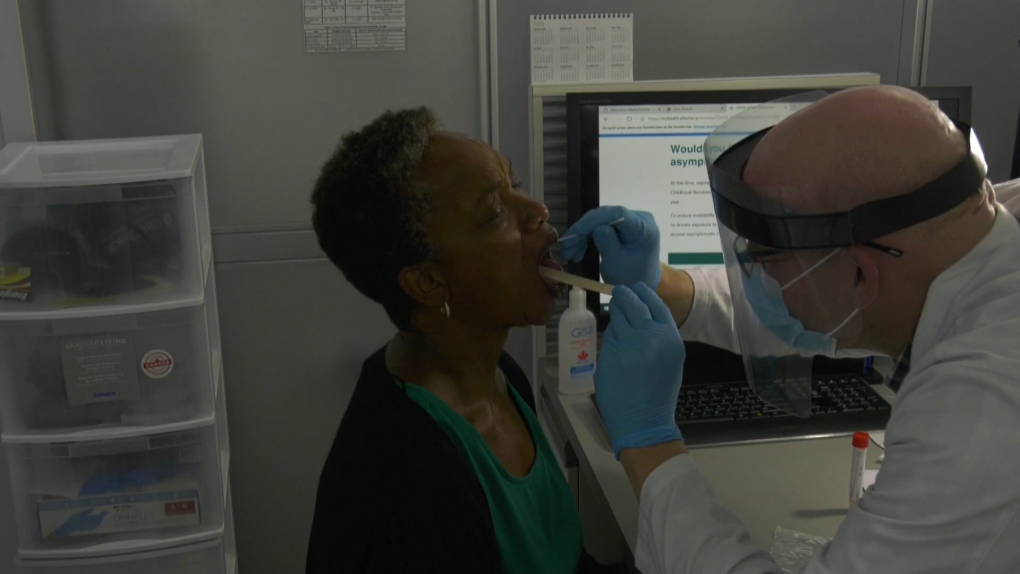 EDMONTON -- A pharmacy in Red Deer testing asymptomatic people for COVID-19 has seen an influx of teachers booking appointments.

Westpark I.D.A Drugs is one of 13 pharmacies in Red Deer that provide asymptomatic testing as part of the Pharmacy Asymptomatic Testing Program.

Dev Aggarwal, the owner of Westpark I.D.A Drugs, said his pharmacy has been administering tests since Aug.15, but it has seen a recent increase in appointments from teachers.

“We had a lot of phone calls from the teachers that are required to do testing before they go in,” said Aggarwal.

The recent influx has to do with classes resuming, and the provincial government, along with school districts, encouraging teachers and education staff to get tested for COVID-19, even if they are not displaying any symptoms.

“Especially with school starting again, lots of teachers and students are scrambling to find a place to go, so it’s definitely been very helpful in that regard,” said Logan Morrical, the pharmacist who conducts the tests at Westpark I.D.A Drugs.

A Grade 4 teacher at Father Lacombe Catholic School, Michelle Joseph, said she went in for her first asymptomatic test on Monday. She added she was encouraged to get tested, but also felt it was her responsibility.

“We have been encouraged to get tested, but I also made the personal choice to do it,” said Joseph.

“As a teacher, I will be involved with many students, and I want to keep them safe.”

The testing consists of a throat swab performed by a pharmacist which is then evaluated at a provincial lab.

“The testing through the throat wasn’t as painful as I thought it would be,” said Joseph.

“I am more willing to come back and get tested again since the swab through the throat was harmless.”

People must call in advance to book an appointment. Once on the phone, a pharmacist will direct the individual through the online AHS asymptomatic screening tool. If they pass the online assessment, they can then book an appointment. Appointment availability will differ depending on the pharmacy, but Westpark I.D.A Drugs has a four-hour window for four days a week, where they conduct the testing.

“I think the more testing that we can do, the better it is for our healthcare system,” said Aggarwal.

“I think it’s important to see and make sure that there isn’t an asymptomatic spread that’s happening that we’re not aware of because that would be pretty crucial to know about,” said Morrical.

Since Aug 15, Westpark I.D.A Drugs has administered approximately 150 tests. All tests have been negative for COVID-19.