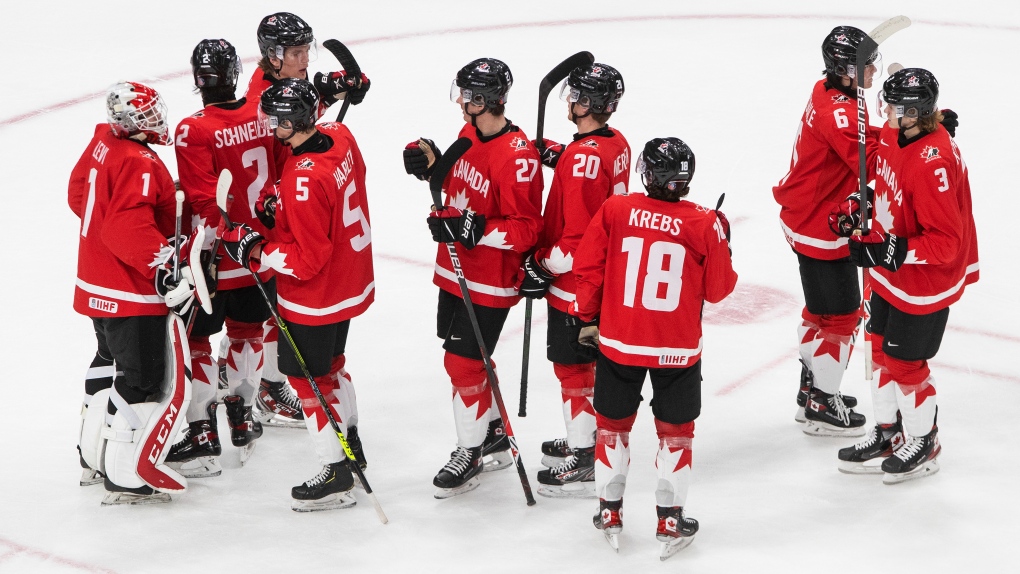 Team Canada held their selection camp in Red Deer but were forced to quarantine for 14-days after multiple members tested positive for COVID-19.

While the players were in self-isolation, Tourism Red Deer and the Red Deer District Chamber & Commerce sought of ways to help the players.

“We thought, ‘Let’s do something for Team Canada while they’re in quarantine,’” said Rene Rondeau, executive director of Tourism Red Deer.

“We wanted to give them a little taste of Red Deer.”

They brought the players and staff food and drinks from local restaurants, and gave players a link to their virtual bike ride which takes riders through the trails of Red Deer. Lastly, they decided on handing out canvasses and paint supplies and asked the players to create their own Bob Ross inspired paintings.

“I knew that these guys had something in them because they’re creative on the ice,” said Rondeau.

It was later decided that the paintings would be auctioned off to raise money for charity. The auction received bids from across North America, and 45 paintings were sold raising a total of $10,660. It has not yet been decided which charities will receive the money.

“We want to make a big impact, so we want to kind of look down and see places that maybe haven’t been helped much in the past year,” said Rondeau.

Rondeau said he hopes the players and staff felt welcome in Red Deer.

“The goal was to bring a bit of Red Deer to the country, but also show that we want to welcome these guys to our community, the best way we know how, and I know that there coming back next year, and we want to show that Tourism Red Deer, the Red Deer & District Chamber of Commerce, the City of Red Deer, and Red Deer County are here for them.”