A Red Deer man met an unlikely four-legged foe while walking through his neighbourhood.

During a recent evening stroll through his southeast community, Anders on the Lake, David Meredith noticed an adult moose.

Curious, he hid behind a tree and watched, but not for long.

"He ended up doing a bluff charge," Meredith recounted during an interview with CTV News. "So I took that opportunity to scream like a little girl and run up that tree."

He added: "I really didn't have anywhere to go."

Once he was off the ground and safer in the branches of the tree, Meredith pulled out his phone and started recording.

He assumed the animal would move along, but instead it started charging back and forth and using its antlers to rustle tree branches.

"He was grunting and had every intention to trample me by the looks of things," Meredith said.

"It was quite intimidating," he told CTV news Edmonton. "The photos don't do it justice of how close it felt."

Meredith estimated he stayed in the tree for 10 to 15 minutes before the moose finally ran away. 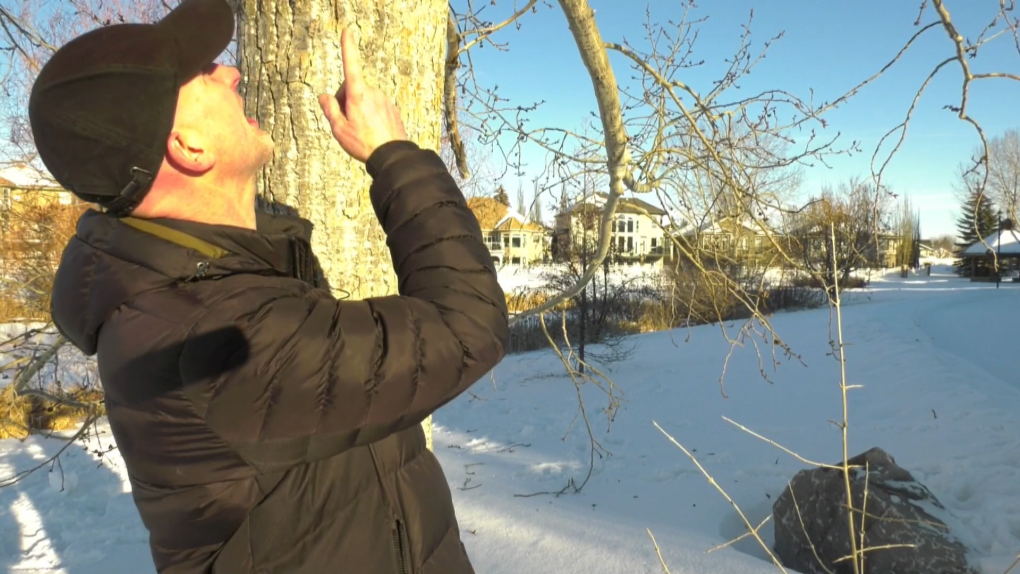 Red Deer resident David Meredith points up at the tree he climbed after encountering an aggressive moose while walking in his neighbourhood, Anders on the Lake.

Meredith has lived in the same neighbourhood for 22 years and has always gone for evening walks at around the same time.

"You see the occasional rabbit, deer. Lots of ducks," he said, adding that animal sightings have become more common since the pandemic.

"With everybody shut down and not doing anything, it seems like the animals moved into town."

"This one is a bit unpredictable," Evans said, noting aggression is more common during rutting season. "It's not something we normally see." 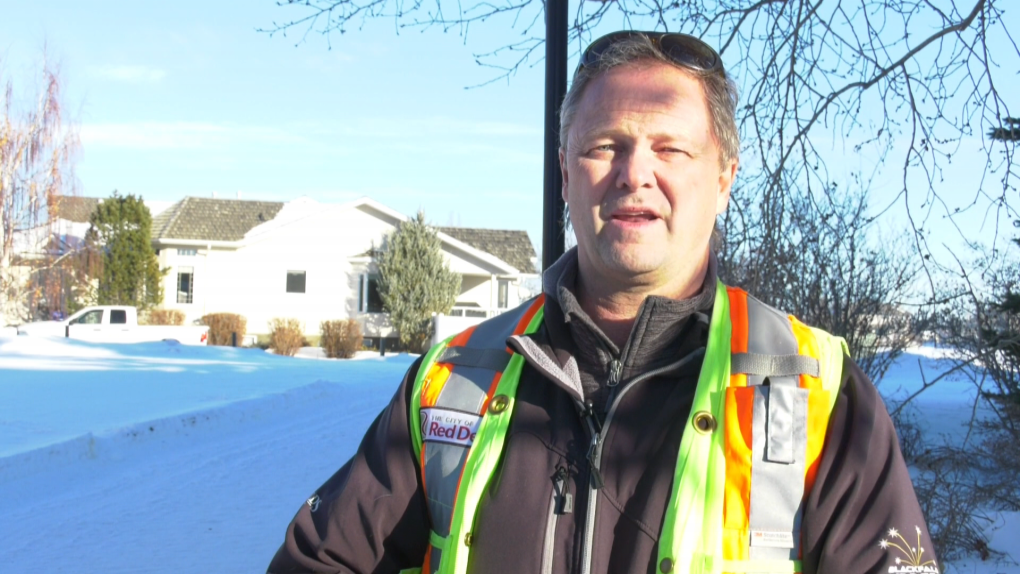 He believes the moose simply got spooked.

"These are circumstances that can happen," Evans said. "If there's something you can put between the animal and you to protect you, that's always the first instinct."

"If the animal gets more aggressive and you have to climb a tree or scale a fence, that's what you need to do."

'JUST LET THEM BE'

Although a little spooked himself, Meredith doesn't plan on stopping his walks, but he did issue a reminder to fellow park users.

"These large game coming through the cities are wild animals, no matter what you do or talk to them or keep your distance, or whatever – they can cover a lot of ground quite quickly, as the video shows.

"I think just let them be and take your photos from a distance and let them do their thing. I don't think their intentions are to hurt us by any means. Just don't provoke them and don't give them a reason to feel intimidated. Live with them, I guess."