Village of Alix council agrees with resident concerns about intersection 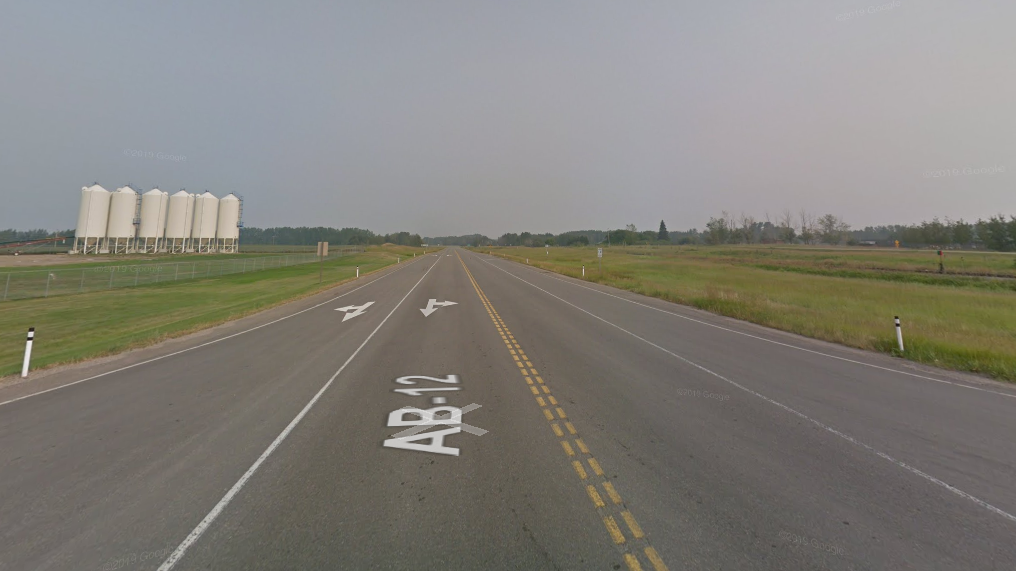 A photo showing Highway 12 as it approaches the intersection with Highway 601 in Aug. 2018 (Source: Google Maps).

The Village of Alix will send a letter of concern to the provincial government requesting a review of a nearby intersection's safety after a resident voiced concern about it.

The decision was made after the resident appeared at the Oct. 5 regular council meeting.

Alix resident Chelsea Giesbrecht spoke to council about her concerns over the provincial intersection on the east side of Alix which includes the east-west primary Highway 12 and north-south Sec. Highway 601.

Secondary highways usually have a stop sign and must yield the right-of-way to primary highways, which is the case here.

Giesbrecht's original letter to Lacombe-Ponoka MLA Ron Orr and Alberta Transportation, which she provided to councillors, read: “...I am writing this in hopes to start the process of having a review done on getting a highway speed limit decrease and attention signage such as `important intersection ahead' posted, in concerns with Sec. Hwy. #601 and Hwy. #12.

“Over the course of the 15 years that I have lived in the Village of Alix the intersection of Hwy. #12 and 601 has been an intersection of many serious car accidents, some resulting in fatalities.

On average our Alix Fire and Medical Department attends to three plus accidents at that intersection per year. This is substantially high and very concerning.

“Currently as you head out of Alix going east the speed limit is posted 100 km/hr at the top of Alix' overpass, meaning drivers are hitting top speed before passing the intersection which is (about half a kilometre) from the overpass.

As you come into Alix heading west you are able to drive 100 km/hr. until just after the very top of the overpass. I have spoken with our fire chief and many times these accidents are caused by people not seeing the stop signs while driving on the 601 highway and blowing through the intersection, which then has those driving...east or west colliding at 100 plus km/hr.”

“In April of this year I had written a letter to our MLA in hopes to start the process of having the intersection of Hwy. 12 and Sec. Hwy. 601 reviewed for a speed decrease and `important intersection ahead' signage placed,” stated Giesbrecht in a letter to council.

“They did forward my letter to Alberta Transportation, however informed me that I was the only person to suggest this so it's likely not a high priority.”

Mayor Rob Fehr stated the number of actual collisions doesn't include the substantial number of close calls that also occur in that intersection.

Coun. Tim Besuijen stated he doesn't understand how traffic coming off Sec. Hwy. 601 misses stop signs, but does understand the intersection has a lot of collisions.

“It is bad,” said Besuijen.

Coun. Barb Gilliat stated that, when heading east to Stettler, she's always leery when passing through that intersection.

Giesbrecht suggested the speed limit coming out of Alix not be increased to 100 km/hr until after passing through the intersection in question, and that incoming westbound traffic have a lower 70 km/hr speed limit before entering the same intersection.

Giesbrecht stated she felt these lower speeds would result in less danger at the intersection.