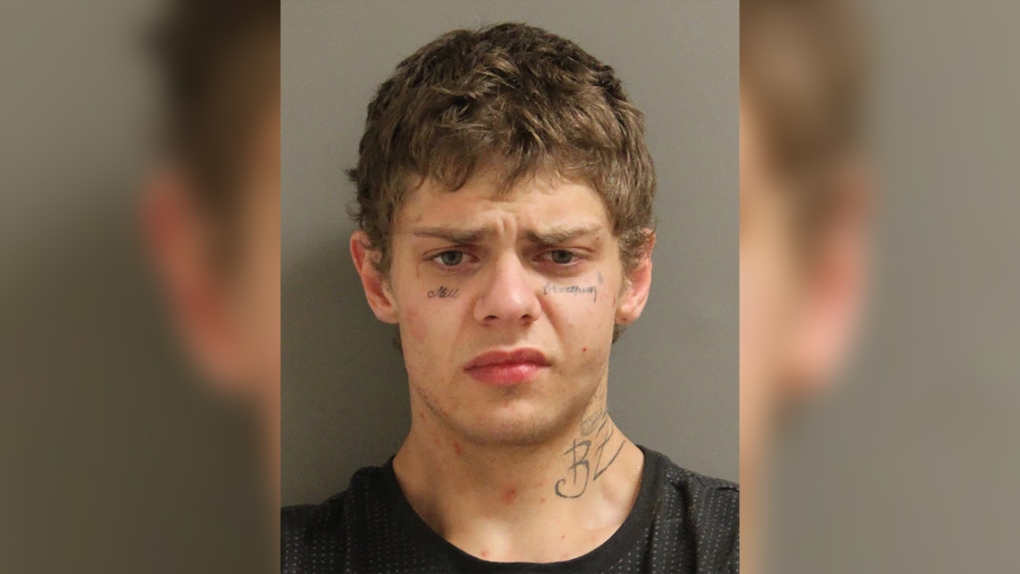 EDMONTON -- RCMP Major Crimes is asking for help from the public to find a man in connection with a homicide in Red Deer earlier this week.

The body of an adult was found dead in a home on Stewart Street in Red Deer around 5 p.m. on Nov. 25.

A warrant has been issued for Dustin Mitchell (Coats), 25, of Red Deer in connection with the case.

He is described as white, 6’ tall weighing 160 pounds with brown hair and brown eyes. He has a tattoo of the word Still under his right eye, and Breathing under his left eye, and scroll writing on the back of his neck.

His current whereabouts are unknown, and police say he could be armed and dangerous and should not be approached by the public.

Anyone that sees him is asked to call 911.