'We are really hoping to create some awareness': New display in Red Deer brings attention to family violence 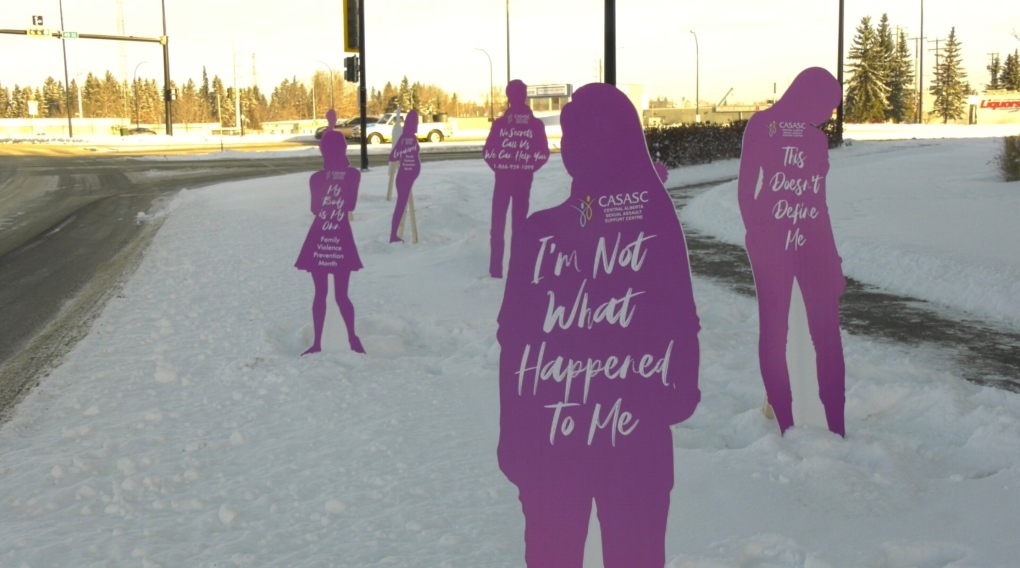 These cut-out purple figures, also referred to as silent witnesses, have been placed along Taylor Drive in Red Deer to raise awareness about family violence.

“We have the silhouettes with different body types showing that family violence can impact parents, females, males, gender diverse individuals, children, and anyone within a family,” said Carlia Schwab, coordinator for community support services at CASASC.

“We are really hoping to create some awareness around the issues of family violence.”

CASASC defines family violence as the use of abusive behaviour to control or harm a member of their family or someone they have an intimate relationship with. It can include different forms of physical, sexual, and emotional abuse, as well as neglect carried out by family members or intimate partners.

Schwab said the most difficult part for many victims of family violence is asking for help.

“Seeing these images let’s people know that there might be other people like them out there, and that it can impact everyone.”

“We really want to encourage people to reach out if they feel like they have been impacted in any way.”

CASASC has seen an increase in the number of people accessing its support line services since the start of the pandemic. In 2019, between Mar. 1 and Nov. 20, the centre’s sexual violence text, web chat, and phone help line received 475 calls and texts. This year, the centre received 866 calls or texts within the same time period which is an 82 per cent increase compared to last year. Specifically, in July 2020, the line saw a 234 per cent increase compared to July 2019.

“All we want to make sure is that people know of the supports in their community,” said Schwab.

CASASC has also hosted several events including Purple Day, an education-based social media takeover, and a family-themed yoga class. The silent witnesses can be seen along Taylor Drive for the remainder of the week, but, starting next week, they will be moved to other areas of the community.