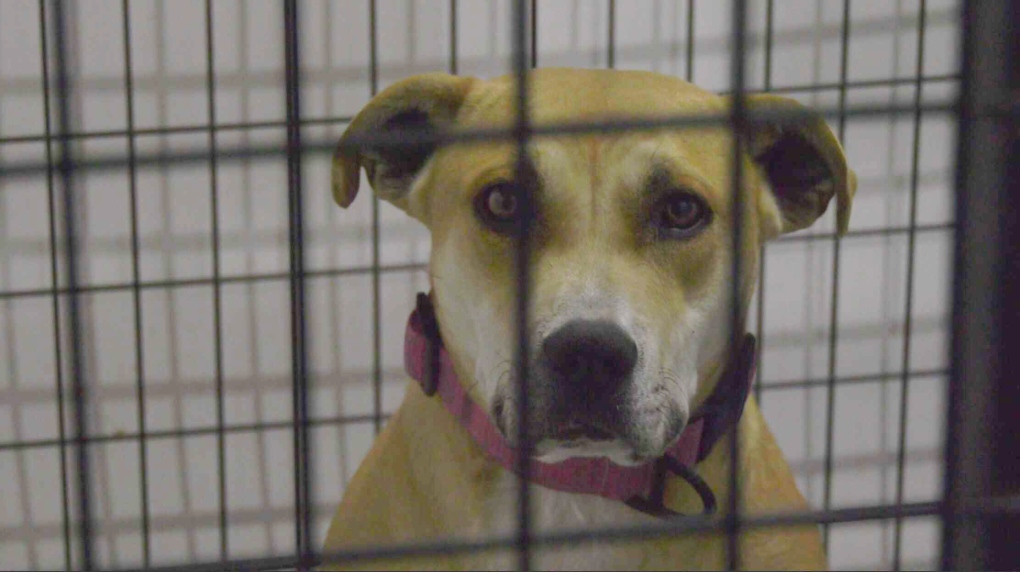 An animal shelter in Alix, Alta., is struggling as it experiences an influx of animal surrenders while adoptions and donations slow down.

In the past couple of months, the Saving Grace Animal Society has seen record-setting animal surrenders. The shelter is operating at maximum capacity and has a wait list spanning months.

“Right now, it’s the worst that we’ve ever seen in terms of the amount of animals we have in care and the amount of phone calls that are coming in every day,” said Amanda McClughan, Saving Grace Animal Society co-executive director.

“The cat program has been a higher capacity than it has been ever in the life of Saving Grace Animal Society, and it doesn’t look like it’s going to slow down.”

Medical surrenders are also up, especially dogs. McClughan estimated that over 75 per cent of the dogs that come in have some sort of medical condition.

“It just seems that the animals we’re getting the calls about are ones that have been neglected for a while, and so their injuries have become quite extensive,” she said.

There currently is an intake freeze for the cat program.

McClughan said it is difficult to turn animals away, especially with the approaching winter, but they have no choice.

“Right now we are turning people away, every single day, and it’s hard to know if that animal is going to make it until we’re going to get to it. Are they going to find a spot somewhere else? It’s a really hard thing to have on your shoulders.”

Money is also tight. The shelter has had to cancel its in-person fundraisers due to the COVID-19 restrictions; fundraisers like its annual comedy night which raises more than $15,000.

“Our bank account is lower than it’s ever been,” McClughan said.

Currently, the shelter takes its animals to a vet in Ponoka, and with the increased intake of medical surrenders, the shelter is experiencing a surgery backlog.

“We have one surgery day a week, and that surgery day can accommodate about 30 animals and lately we’ve been having upwards of 50 to 60 animals that we need to get surgery on so we’re kind of backlogged on that side,” she said.

Last December, the Brick by Brick Campaign was launched to raise money to build a private vet clinic next to the current shelter. To date, $290,000 has been raised, but donations have come to a stand still.

“If we were able to operate our own private vet, we could do surgeries throughout the week, any time of day, and that would also allow us to have the animals a little more accessible to the public, adoption-wise as well,” she said.

The shelter is looking for volunteers, donations, and individuals looking to adopt. For more information, and to donate, visit the shelter’s website.

Russia warned Wednesday it would quickly take 'retaliatory measures' if the U.S. and its allies reject its security demands and continue their 'aggressive' policies, ratcheting up pressure on the West amid concerns that Moscow is planning to invade Ukraine.

Russian war games: Can Ireland stop the live-fire exercises off its coast?

A third of younger Canadians have sought mental-health treatment during COVID-19: survey

A new poll has found that a third of young Canadians have sought treatment for mental health issues during the pandemic.