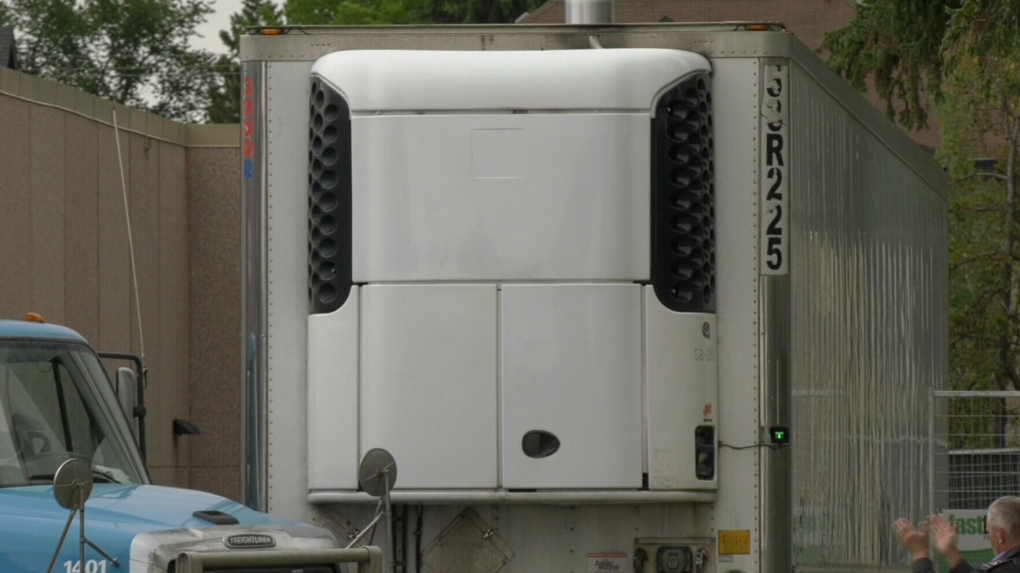 The Alberta government has launched an investigation after a refrigeration trailer was used to store bodies near the Office of the Chief Medical Examiner (OCME) in Edmonton.

A video also purported to show a funeral home employee hauling a body bag off the refrigeration truck in a rough manner.

In a statement issued Wednesday, Justice Minister Doug Schweitzer said he was “very disturbed” by the report.

“All Albertans, living or deceased, have the right to be treated with dignity and any disrespect for the deceased or their loved ones is not reflective of our values,” Schweitzer said.

The Justice Department is now investigating the incident. Schweitzer said the Chief Medical Examiner has vowed to take additional steps to “ensure that the deceased are treated with the respect they deserve.”

The incident prompted a call from the Alberta NDP for the province to apologize to the families of the deceased.

The Justice Department later confirmed that the medical examiner was using the temporary mobile storage unit amid an "unusually high" spike in deaths, all unrelated.

"As a result, the Edmonton OCME required temporary additional space to meet its expectation for appropriate treatment of the deceased," the department said in a statement.

It also issued an apology to families of the deceased, confirming a body was transferred from the truck to a gurney in a "disrespectful manner."

It also said the OCME is reviewing contingency plans and working with staff to reinforce proper protocol when transporting bodies.

"We are clarifying those standards and launching a department investigation, which will include reviewing processes, to prevent it from happening again," the department said.

The white refrigeration trailer remained parked outside of the medical examiner office Wednesday.