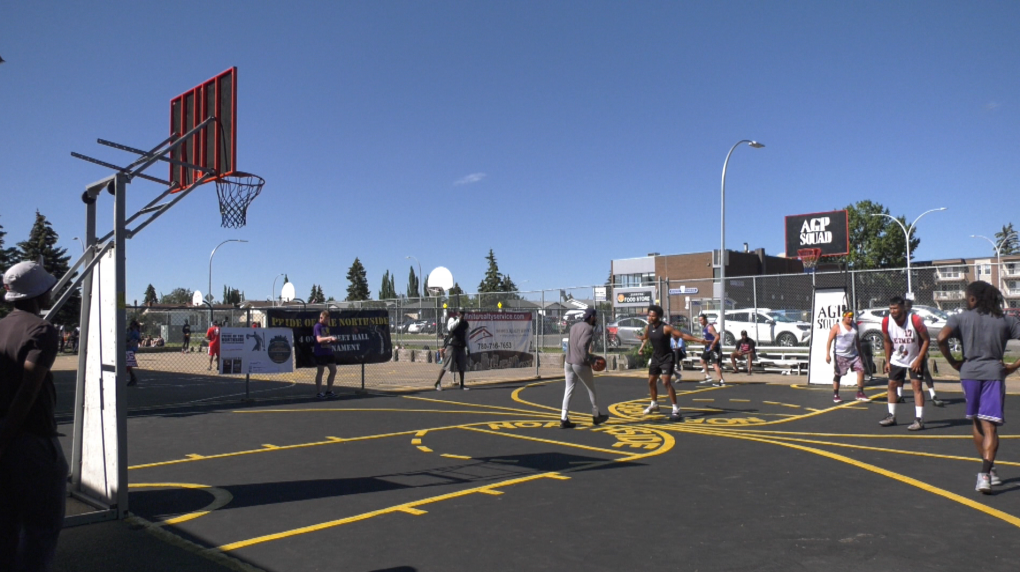 Northside basketball players faced off against each other in a four-on-four streetball tournament this weekend.

The two-day Pride of the Northside tournament took place at the Londonderry Outdoor courts with several divisions ranging from amateur to college all-star skill levels, including under 15, under 18, and adult.

Andrew Parker, tournament director, told CTV News Edmonton the event's goal is to help the next generation of players show off their skills and build community.

"There's been tremendous talent, college, university players and some of the best high school players and junior high players in the city," Parker said. "We just really want to keep these kids playing the game that they love and reinvigorating the love of basketball in the city of Edmonton."

This year marked the 13th year the festival was celebrated, and the first time it was back after a two-year hiatus due to the pandemic.

"I grew up in north Edmonton. I played on these streetball courts 30 years ago," Parker said. "By playing on this court, I was able to go to Concordia University, the University of Alberta and play for the Edmonton Chill and Edmonton Energy.

"The next kid who wants to do that is here, on this court," he added. "We want to give them that opportunity with support from us as adults, teachers, and coaches."

Nike has suspended its relationship with Hockey Canada amid an ongoing scandal of how the sports body has handled sexual assault allegations.