Remembering Ben Stelter: The story behind the young superfan's friendship with Connor McDavid and the Oilers

Remembering Ben Stelter: The story behind the young superfan's friendship with Connor McDavid and the Oilers

“He was an amazing little guy who lit up every single room he was in, certainly lit up our room every time he walked in there,” McDavid said.

“Obviously a terrible day and we’re thinking about the entire Stelter family.”

“As a father myself, I get to see the impact that professional athletes have on children, but what I found really interesting about our time with Ben was the impact a child had on a team and an organization and a city,” Woodcroft said. “I’m thankful to have gotten to know him.” 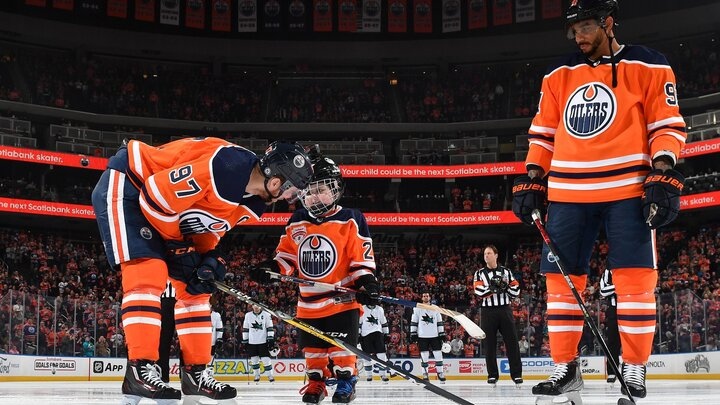 Ben became a household name after he was featured as a skater before a home game in March. He got to stand next to McDavid, his favourite player, and then joined Hyman for a press conference after the game.

McDavid noted that was his favourite memory of the young fan.

“Just being able to see his face and be close to him. Not a lot of people get to experience what the ice feels like and what it sounds like, but it was pretty loud in there.”

“Just to experience that with him was really special for me and something that I’ll definitely always remember.” 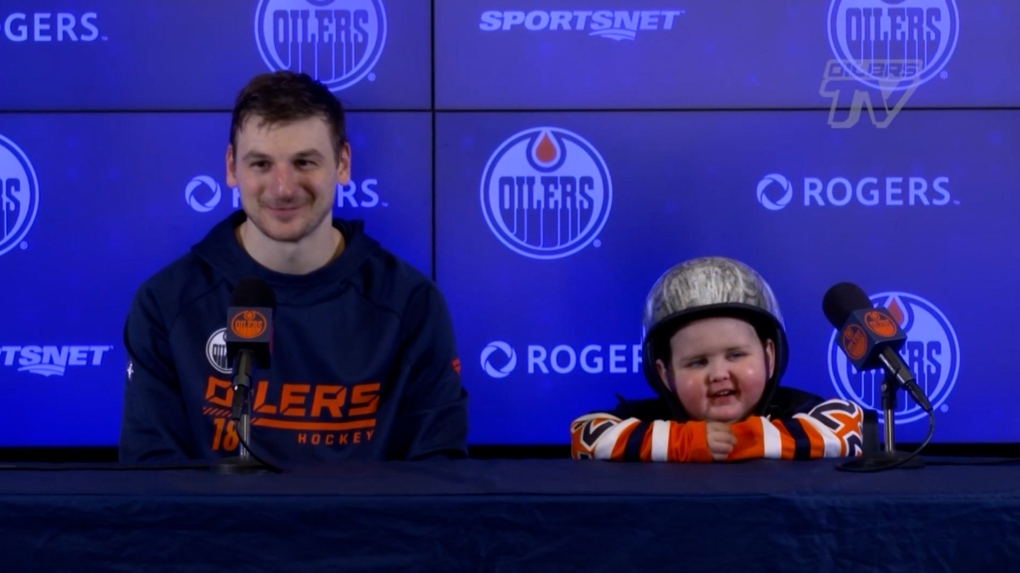 Hyman has fond memories of the evening as well.

“Some players would be nervous in front of a room of media. This guy was excited, huge smile on his face, and just kind of wanted to talk about the game and talk about the win,” Hyman said.

“One of my favourite memories from that presser was somebody asked him who his favourite player was, and he looks at me, and he goes, ‘Connor,’ so he really did have that connection with Connor, and really did love him.” 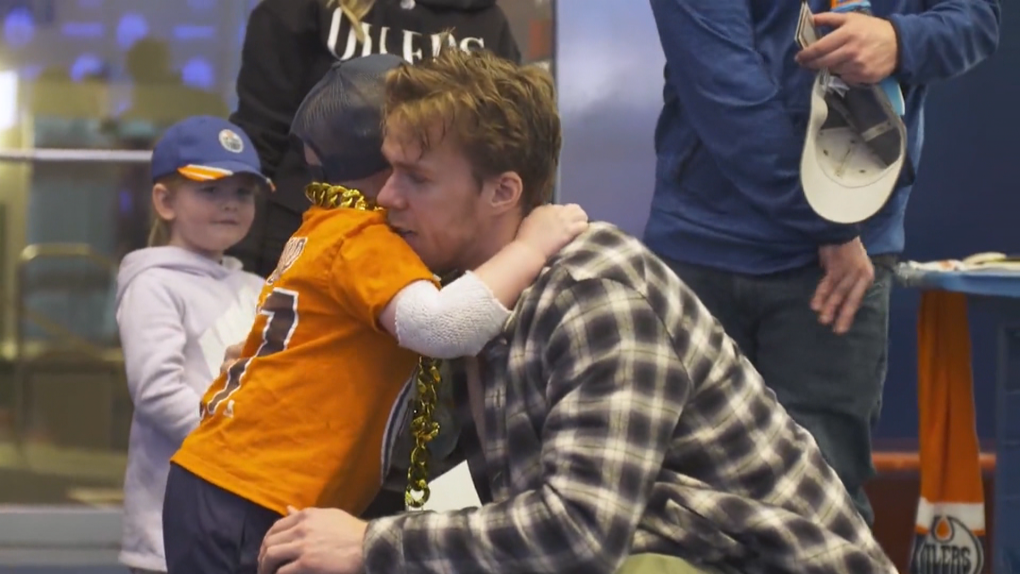 Ben Stelter gets a hug from his favourite Oiler, Connor McDavid.

The team donated proceeds from 50/50 ticket sales in the first round of the playoffs to the Kids With Cancer Society in Ben’s honour.

He was also honoured with his own trading card by McDavid. 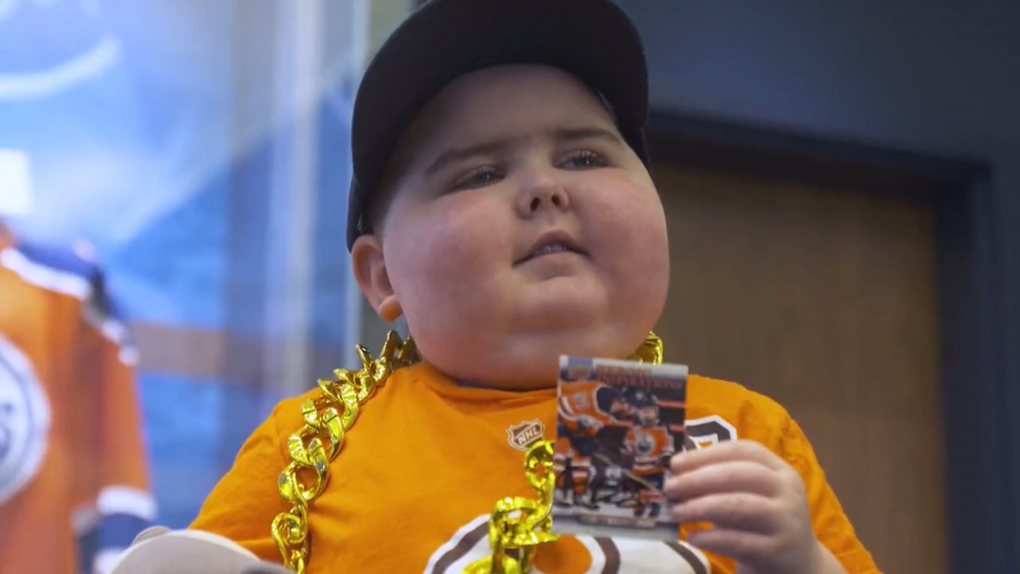 Ben Stelter after receiving his own Oilers trading card.

McDavid, Hyman, and Woodcroft all spoke of how Ben won’t soon be forgotten.

While fans met Ben in March, the story of his friendship with McDavid goes back several months before that.

Ashif Mawji introduced the pair in 2021.

Mawji first met the family during the height of COVID-19 when his car club did a driveby birthday for Ben.

“My car has Connor McDavid on one side, like a big image of him, and Leon on the other side, and Ben’s a huge Oilers fan, so when he saw my car, he really wanted to get a picture. So his dad came out and stopped me and said, ‘Do you mind if we take a picture?’ I said, ‘Of course’, so that was the very first time,” he told CTV News Edmonton. 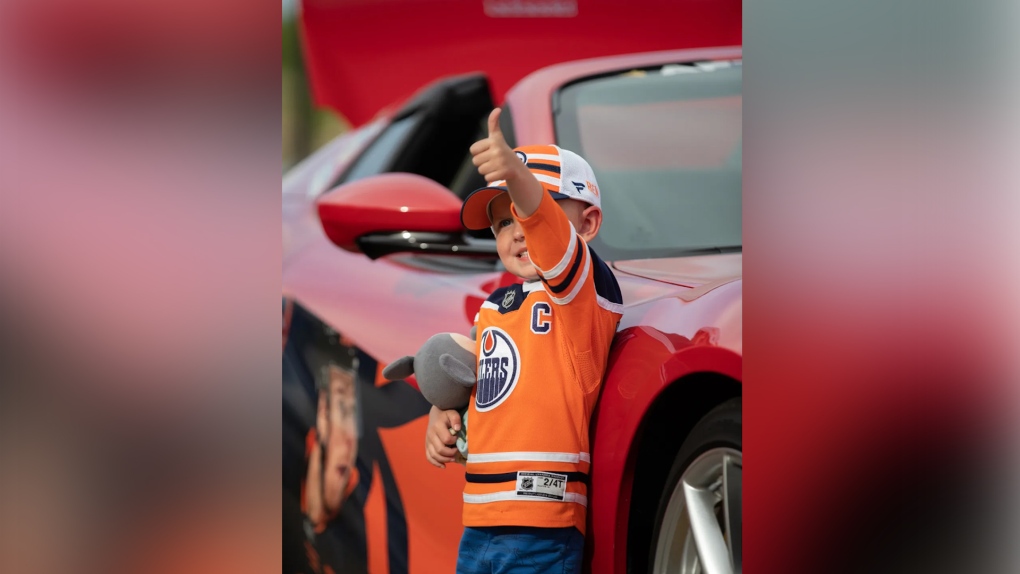 “A few months later his dad reached out to me on social media and said, ‘I don’t know you, you don’t know me, but Ben’s hero is Connor, he would love to meet him, I don’t know if you can do anything.’ I happen to know Connor, so I reached out to him, and Connor being Connor said, ‘Yeah of course, let’s make it happen,’ and so that’s how they first met.”

Ben and his family visited Mawji’s family in December 2021 under the premise of meeting his puppy. 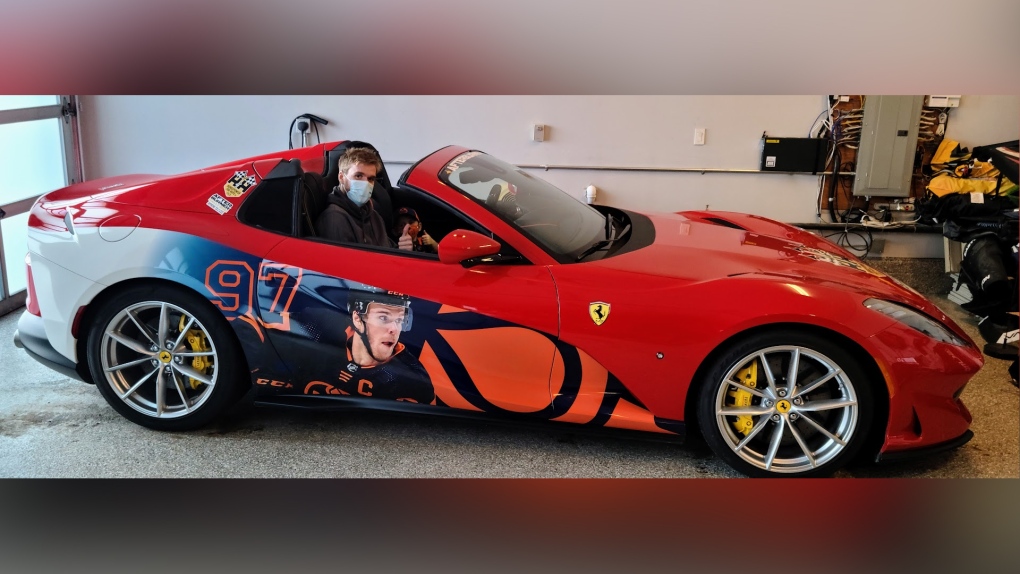 “All of a sudden there’s a knock on the door, and Connor knocks, and I said, ‘I wonder who that could be’ and when we opened the door, I wish I had recorded that,” he said. “Ben’s face just lit up. I’ve never seen a kid’s face light up like that. And he’s like, ‘It’s Connor!’ and he just yelled.”

Mawji says McDavid spent an hour with Ben that day, answering all his questions, and developing a bond. 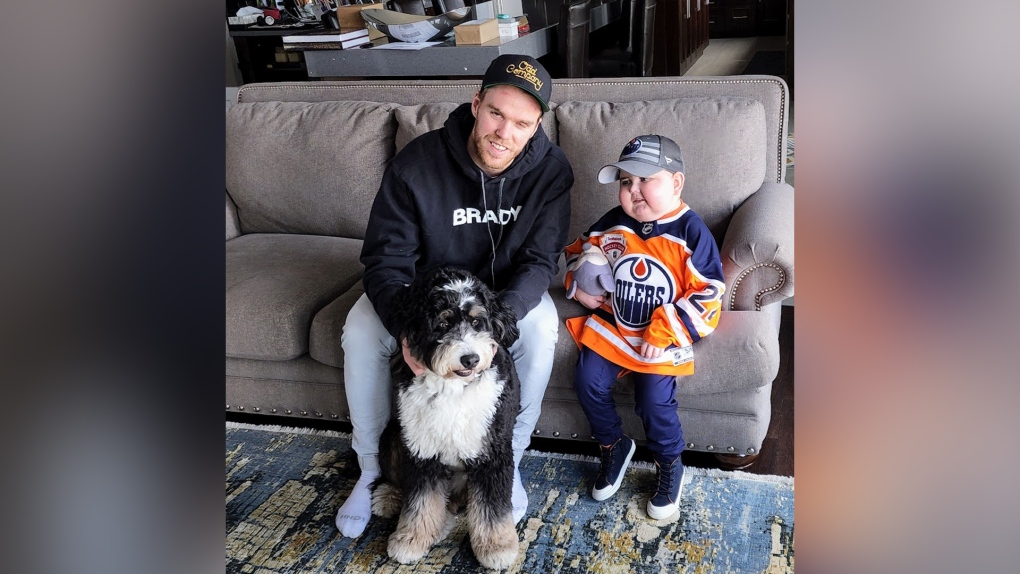 “He said, ‘Look Ashif, whatever they need, let‘s get it done,’ and that’s kind of how it started.”

He says since then, his own family has become close with the Stelter family.

Mawji says he’s already been in touch with McDavid about honouring Ben.

“We’re gonna come up with something working with the Oilers and the whole group, work out something that will be a lasting legacy,” he said. “There’s a ton of ideas out there, a lot of fans have been chiming in, and I know that we’ll work with the family and do something very meaningful for them.”

And even before Ben's death, Mawji had already found a way to honour his young friend. Ben's face has been added to his Oilers car, where he will live forever with his idols.

"When you say the word Ben, you think of him and you think of this brave, courageous warrior that never gave up. Ever. And he always brought hope and inspiration. So that will be his lasting legacy." 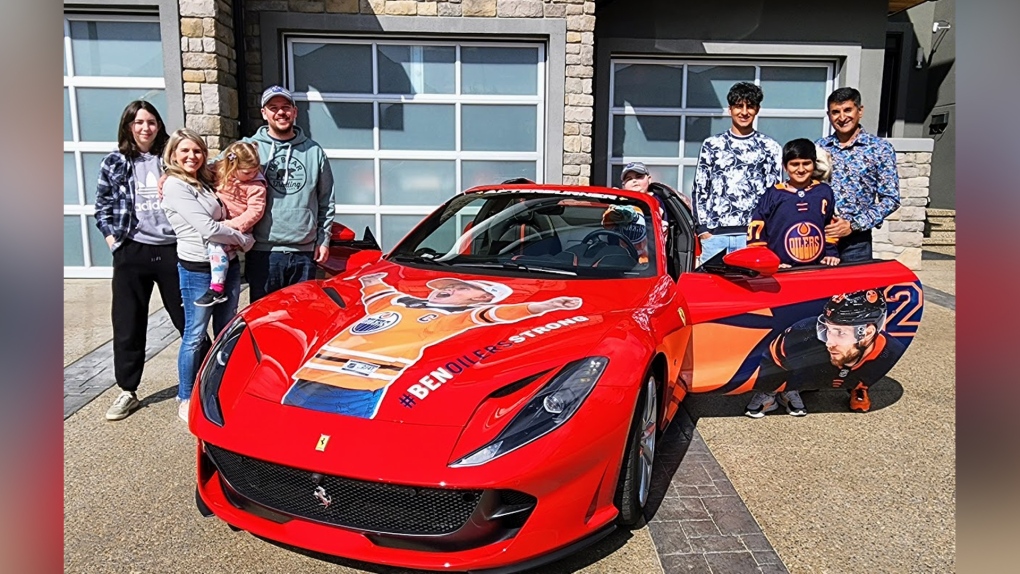 Ben Stelter poses in a sports car with decals of himself and his heroes Connor McDavid and Leon Draisaitl. (Supplied: Ashif Mawji)

Ontario education workers vote 96.5 per cent in favour of strike

Ontario education workers such as custodians, early childhood educators and school administration staff have voted 96.5 per cent in favour of a strike, the Canadian Union of Public Employees announced Monday.