EDMONTON -- People who live in the southeast Edmonton community of Maple Crest are voicing concerns about emergency accessibility after a fire truck was delayed several minutes responding to a fire.

On Tuesday night, a red sedan parked on a driveway somehow burst into flames, threatening the house next to it. 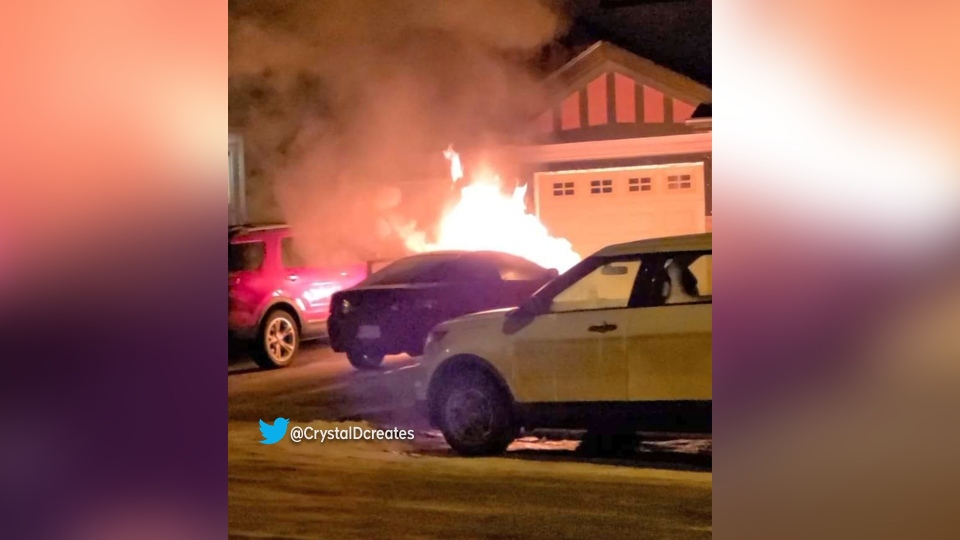 Edmonton Fire Rescue Services (EFRS) responded by sending a crew to the neighbourhood.

However, the main route into the Maple Crest area, Maple Road, crosses a set of CN Rail tracks, and on this occasion, the timing could not have been worse.

“Fire crews were delayed by the train for approximately 3 minutes,” said Brittany Lewchuk with EFRS. 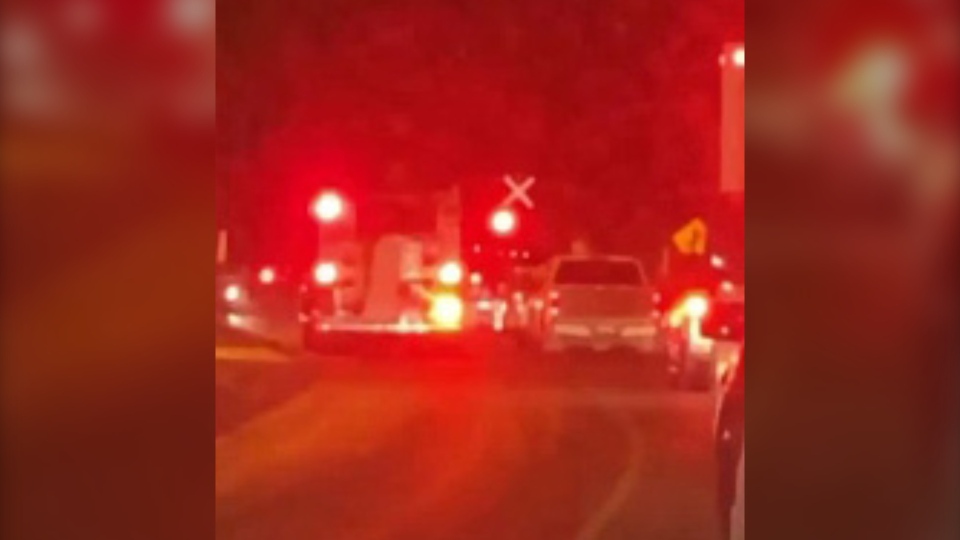 In the end, the crew successfully extinguished the fire.

Still, residents said the minutes-long delay should serve as a wake-up call to the city and developer.

“I love the area, but the safety is our main concern. To get in, it’s horrible,” said resident Tiffany Shaw, who claimed the fire truck was delayed by up to seven minutes, a timeline disputed by EFRS.

Maple Crest, which is nestled immediately southwest of the Anthony Henday Road & Whitemud Drive interchange, was approved for development in 2010.

There are technically two roads in and out of the area. But if you ask residents, there is really only one: Maple Road, where the fire truck was impeded by the train.

About two kilometers south, there is a secondary temporary access, via Meridian Road, that also crosses the same set of CN Rail tracks near 23 Avenue, but residents who spoke with CTV News Edmonton said it’s not a realistic option in an emergency. 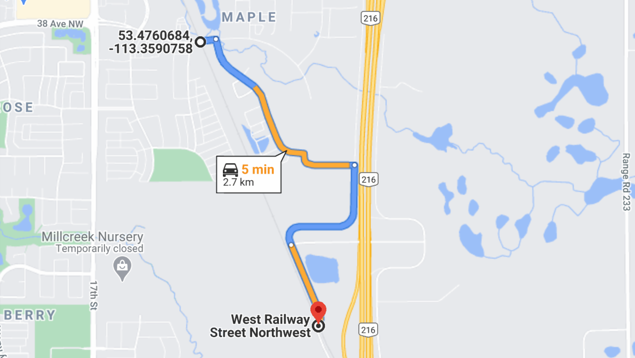 “Even if you back up and you went that way, the chances of meeting the train again are pretty good,” said Shaw.

“This secondary access route is not normally used as it is much farther from the closest fire station and in the opposite direction of travel that would normally be taken,” she said.

Lewchuk said EFRS does not contact CP or CN Rail if a train is already in motion.

“However, in the event where a train is not moving and completely blocking access for emergency crews seeking access for large scale events, we would contact them to get them to move,” said Lewchuk.

According to federal law, railway equipment cannot obstruct a public crossing for more than five minutes.

Residents scoffed at the idea a railway company may need to be contacted in an emergency, when time is precious.

“That’s another step they have to take while somebody’s life could be threatened,” said Julie Arsenault, who told CTV News Edmonton that Tuesday night’s delay was not the first time emergency crews have been held up by a train when trying to access the area.

“There’s been other issues where paramedics couldn’t get through for emergencies,” said Arsenault. “There’s so many what ifs, there’s too many.”

Shaw believes the area needs a third access point or to at least have the secondary access road paved.

WHAT IS BEING DONE?

Councillor for the area, Mo Banga, said he was “deeply concerned” after hearing about the emergency response delay from Tuesday night and said the city would investigate.

“The issue is those roads are developer initiated. At this time, the development company is not developing anymore,” he said.

In a statement to CTV News Edmonton the city said, as a condition of development of Maple Crest, the developer must maintain two points of access at all times.

The city said the secondary access road was meant to be temporary, but that construction of a new alignment is the responsibility of the area developers.

“Timing of the construction will be dependent on the pace of development of the neighbourhood,” read the city statement. 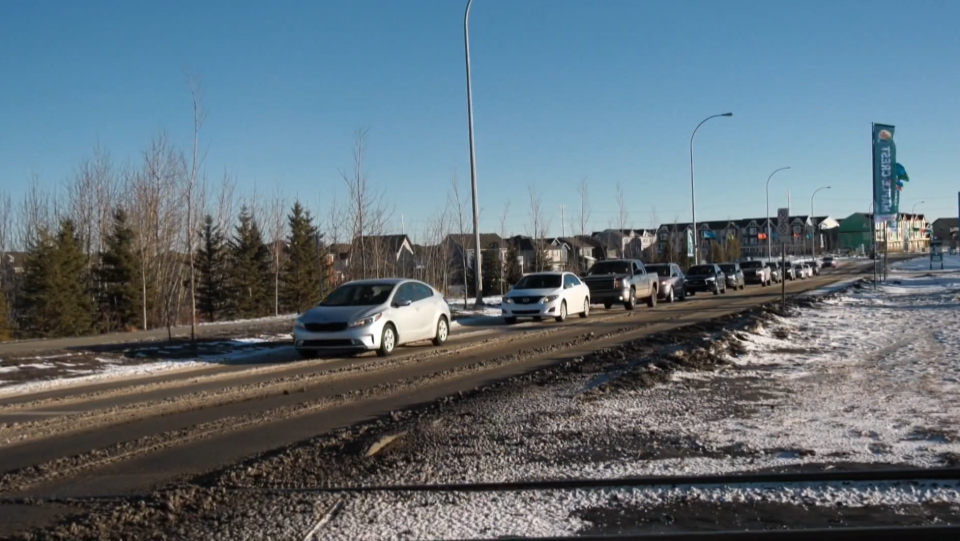 CTV News Edmonton contacted the developer are received this statement:

“At this time there is not a definitive timeline for the secondary permanent access as it is based upon traffic density/volume. Construction of the permanent tie in road to access Maple Crest from the south has not been required by The City of Edmonton,” wrote Jon Chan, Senior Manager of Edmonton Land for Dream Development.

Chan added the current secondary access was approved by the city and is “well maintained by the City of Edmonton due to its nature as an Emergency access.”

The latter statement seems to contradict the city’s statement that the developer is responsible for maintenance of the access point.

Page 17 of the city’s Maple Neighbourhood Structure Plan from 2010 lists two goals related to the rail line and emergency access:

According to the City of Edmonton 2019 Municipal Census, the ‘Maple’ neighbourhood has a population of 2,517.