Residents forced out of unsafe condo allowed to collect belongings

Residents of a Fort Saskatchewan condo building that was declared unsafe in August are being allowed to collect their belongings today.

Beginning Friday, residents will have until Oct. 26 to remove their belongings. 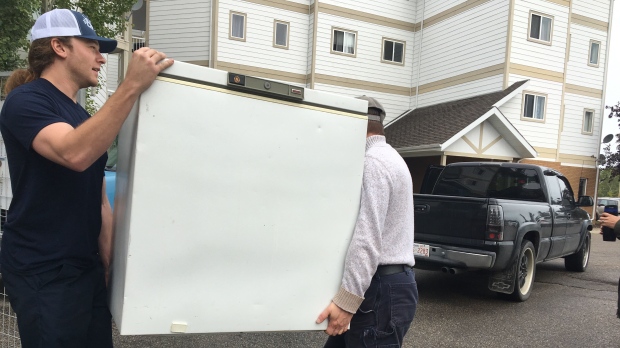 The Riverview Estates building at 9930 100 Avenue in Fort Saskatchewan was evacuated on Aug. 2.

Engineers and city officials said the four-storey building was structurally unsound; the floor joists on the ground floor had been compromised. The issue dated back to the building's construction in 2003.

"Oh it's horrible, it really is," vice president of the condo board Rose LaRochelle told CTV News Edmonton. "We get the frustration that some of the people have felt, but there's really not much we can do about it."

LaRochelle said that some people who own condos are leaving things behind, hopeful that the issue will be resolved and they will be allowed to return home.

The future of the building remains unclear, and residents have not been told whether they will ever be allowed to move back in.