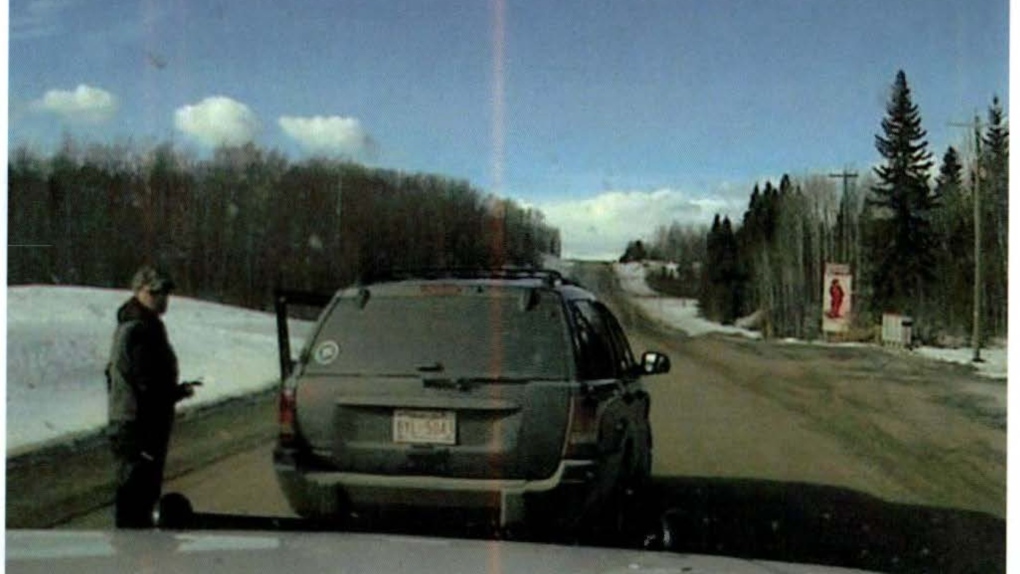 RCMP say a man pointed a rifle at a peace officer during a traffic stop near Cow Lake, Alberta, on Feb. 23, 2021. The man turned himself in hours later. (Photo provided.)

EDMONTON -- A man who RCMP say pointed a rifle at a peace officer during a traffic stop in central Alberta has turned himself in, according to Mounties.

The 47-year-old is not being identified as police say charges have not been sworn before the court and the investigation was still ongoing as of Tuesday evening.

In the peace officer's account of the incident, they attempted to stop a Jeep near Cow Lake, west of Red Deer, around 11:45 a.m. on Feb. 23.

"The male driver got out of the Jeep, retrieved a rifle from the back seat, and pointed it at the Officer," Mounties said.

He did not fire the gun, but drove away as the peace officer "repositioned."

Prior to the man turning himself later that afternoon, RCMP asked for the public's help identifying him from what appeared to be dash cam footage.