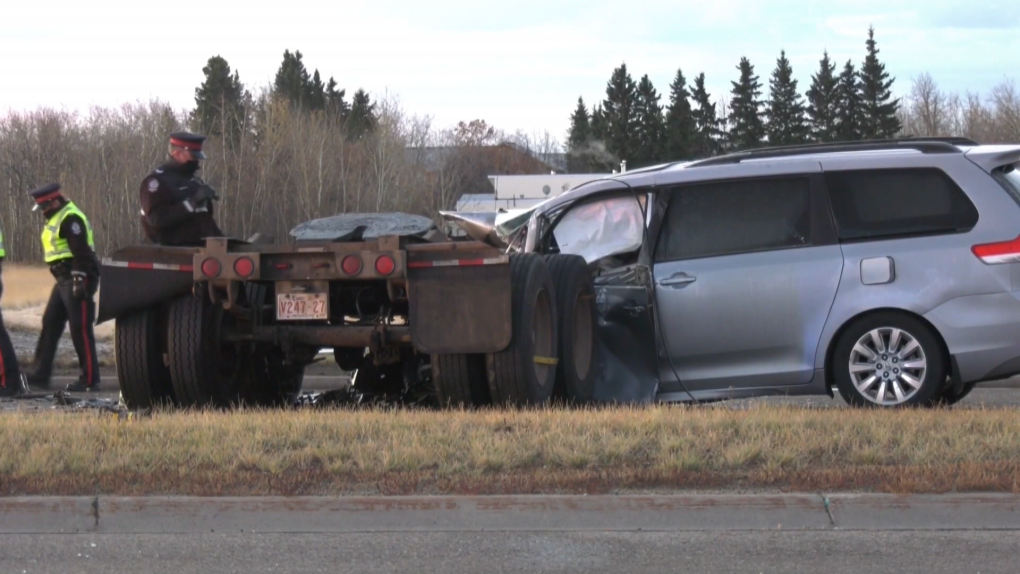 Meghan Weis, a 36-year-old Edmonton teacher, was killed Oct. 28 when an eight-wheel convertor dolly broke free from a semi truck and crashed into her mini-van.

EDMONTON -- After the Edmonton Police Service initially said the truck driver whose runaway wheel unit killed an Edmonton teacher would not face charges, a spokesperson now says the Crown will give EPS direction on the driver and trucking company next week.

Earlier Tuesday, EPS said the driver of a semi-truck involved in the death of a 36-year-old teacher was not responsible for the fatal crash.

Meghan Weis, a Grade 5 and 6 French immersion teacher at Our Lady of the Prairies in Edmonton, was pronounced dead at the scene after the semi lost an axle and wheels, striking her vehicle near Lessard Road and Anthony Henday Drive.