EDMONTON -- Hardly anything is left of a home near Devon after a fire Sunday evening.

Investigators were at the property in Graminia Country Estates, off Range Road 271 and Township Road 511, the next morning to determine a possible cause of the blaze.

A storm had rolled through the area earlier in the day, causing thunder and lightning, and in the distant background of a Buchko's shot, a rainbow. 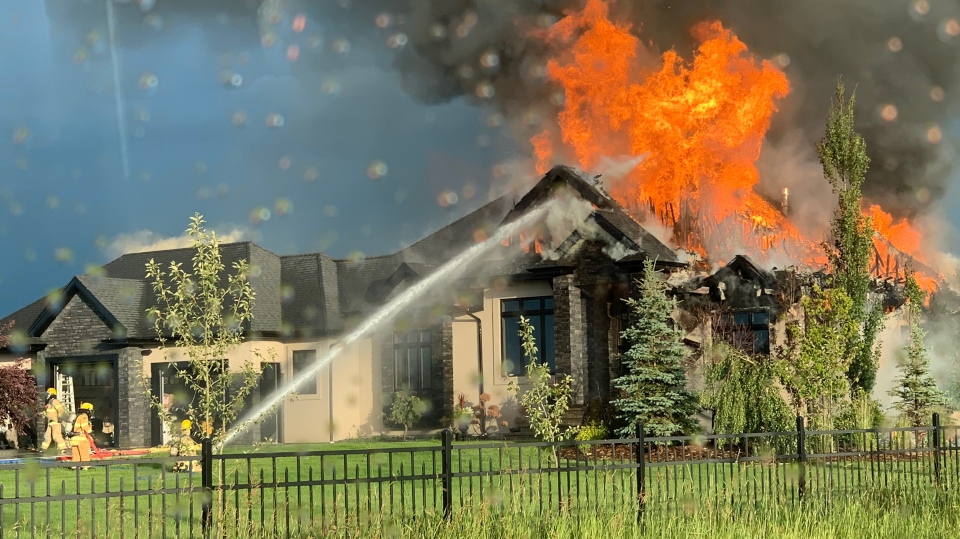 There are reports from residents lightning strikes in the area may have sparked the fire. Fire officials have not confirmed the cause of the fire.

"Last night the thunderstorm went over us and there was a lightning strike right away followed by loud thunder. Basically shook the house and our power surged, and then a few minutes later we got a phone call from neighbours letting us know the house next door was on fire and the fire department was on their way over," Skylar Moreau recalled.

Looking out a window, she could see smoke coming from the top of the house.

"For a couple minutes it was (scary) just to make sure it wasn't going to spread, and it was more reassuring once you knew everyone was safe and no one got hurt."

The blaze was put out that night, but an overnight crew kept watch at the scene.

No residents were hurt, although one pet was sent to the vet. Community members believed the dog died, although officials could not confrm.