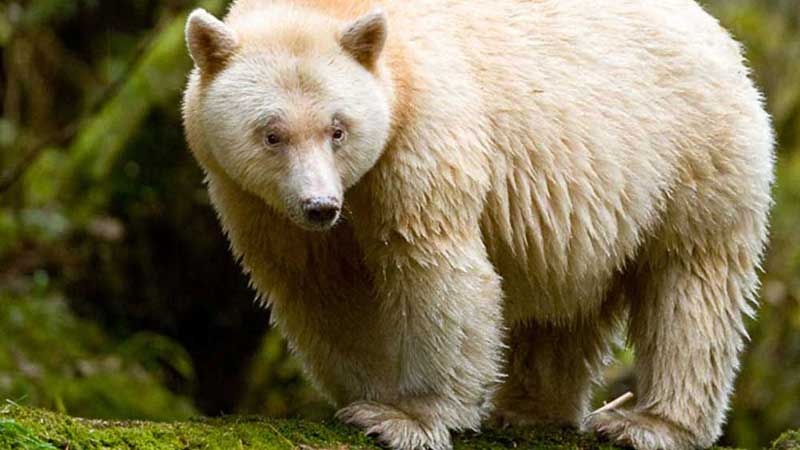 A spirit bear is shown in an image from 'Great Bear Rainforest.'

An up-close look at the grizzlies, wolves and whales that populate one of Canada’s most pristine and secluded rainforests is coming to Edmonton’s largest screen.

Great Bear Rainforest, an IMAX documentary narrated by Deadpool star Ryan Reynolds, is opening at the Telus World of Science this Friday.

They were treated to stunning scenes of a habitat that has remained more or less unchanged for more than 100 centuries.

It also promises a glimpse of one of the rarest animals on the planet, the all-white Spirit or Kermode Bear.

“Not only does this film capture scenes of remarkable wildlife, it’s a Canadian film that features stories from Canada’s First Nations people,” said TWOSE president and CEO Alan Nursall.

The family-friendly film is 40 minutes long, available to watch 2D or 3D and features a score by Oscar-winning composed Hans Zimmer.