EDMONTON -- It's been one day since Edmonton Fire Rescue Services captain Phil Cahoon and his crew responded to 911 calls for a dog that had fallen through the ice at Hermitage Park.

That Monday incident was the fourth of its kind at that same Edmonton dog park this month.

Cahoon tells CTV News Edmonton the dog owner in that latest case did the right thing by staying on dry land and waiting for EFRS to arrive. 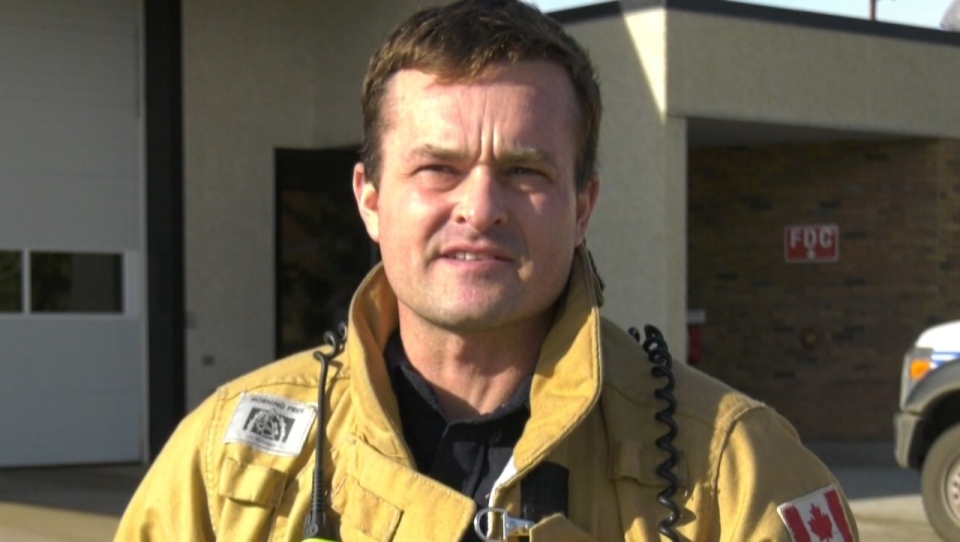 "I think a lot of the bystanders, people around called. We had multiple calls. Everybody made sure she wasn’t going out there, I think she was a little tempted to."

The dog owner was able to resist any temptation to run after her canine and everyone involved went unscathed.

"It worked out good," said Cahoon. "We got the dog out, the person was smart enough to stay off the ice enough to not endanger herself."

With warm conditions expected to continue in and around Edmonton until Friday, the EFRS captain urges everyone to exercise caution around lakes, ponds and rivers.

That means staying off the ice and - if your pet does fall through - keeping your eye on it and dialing 911.

"We’re totally happy to help out and make sure everybody’s safe and do the best we can to rescue people and pets," Cahoon said.

Of course dogs aren't the only ones at risk with thin ice conditions.

"It's happened before where kids can go out on ice and start playing this time of year in this warm weather," said Cahoon. "That’s what we’re really concerned about."

One dog owner told CTV News Edmonton he has a pretty good strategy for staying safe during wintertime warmups.

"What I do is I just try to avoid the areas entirely," said James Pruden.

"All it does, going out there, is just endangering yourself and making it riskier for rescuers as well."