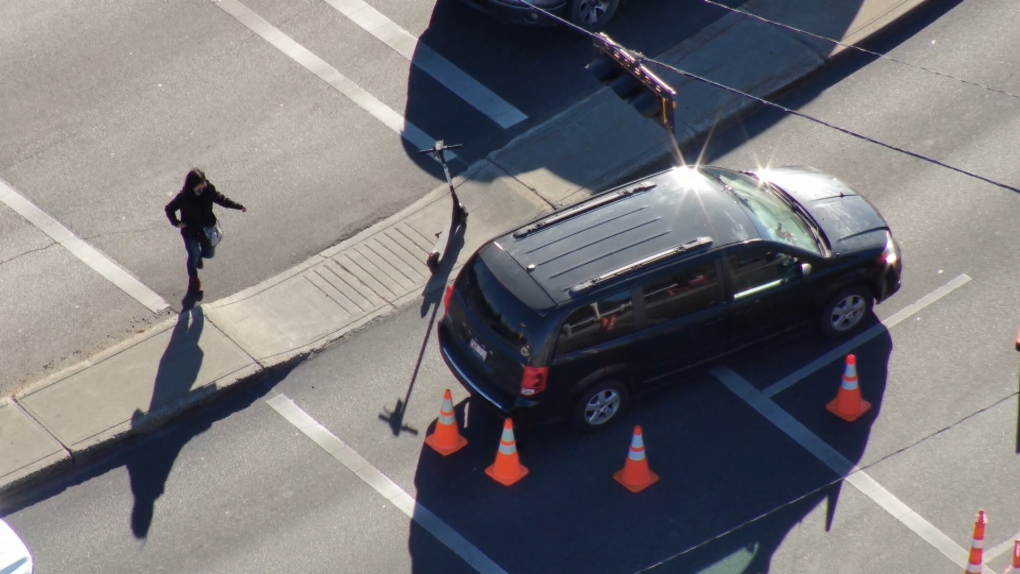 A man using a scooter was hit by a Dodge Caravan around 11 a.m. on Oct. 20, 2021, while in a crosswalk south of the Walterdale Bridge. Police said he was taken to hospital for precautionary reasons.
EDMONTON -

A 25-year-old person riding a scooter was hospitalized after a “minor” crash on Wednesday, Edmonton police say.

The man was hit by a Dodge Caravan around 11 a.m. while in a crosswalk south of the Walterdale Bridge.

According to an Edmonton Police Service spokesperson, he was taken to hospital only for precautionary reasons.

The female driver of the Caravan was not hurt.

No charges had been laid as of Wednesday afternoon, but police were still investigating.